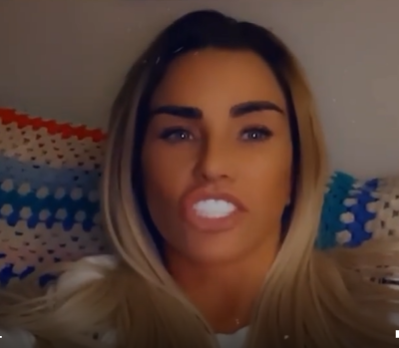 KATIE Price has insisted she would have been “slated” if she had left her newborn at home to appear on I’m A Celebrity – like Danny Miller.

The former Emmerdale actor welcomed his son Albert just four weeks ago with his fiancé Steph.

Speaking about him taking part in the show, mum-of-five Katie said: “The guy with the newborn, I think it’s brilliant he’s come on the show.

“Bearing in mind if I had just had a baby I am sure I would be slated.”

Writing in her new book Harvey and Me, the 43-year-old – who has appeared on the show in both 2004 and 2009 – admitted she had turned down the jungle in 2003 because Harvey was “too young”, and had been “hesitant” to leave him the year after.

Despite her concerns, Katie did leave Harvey when he was just two years old – but she didn’t cry over him like people have over the years.

She wrote:  “Don’t get me wrong, I missed Harvey loads when I was there. But I don’t understand these people who have children and do these types of shows and just spend every day crying over them. You know you’re only going to be there a maximum of three weeks.

Yesterday Danny’s fiancée Steph defended his decision to do the show during an appearance on Lorriane.

She explained: “We just spent two weeks in isolation together. We were quite privileged that he got asked to be part of the show because we got that quality time together.

“It was a really difficult decision being so close to the birth, but when we sat down and discussed it as a family, it’s a big opportunity and he’s always wanted to do it. It’s his favourite show to watch.

“That was one of the biggest reasons, it’s the biggest opportunity to his career, it meant he’s got longer time off next year rather than working Monday to Friday 7am to 7pm.” Katie waited until Harvey was two before she did the show

EastEnders’ Max Bowden and Tony Clay say they ‘forgot camera crew were there’ during...

EastEnders fans devastated they have to wait four days for next episode as soap...