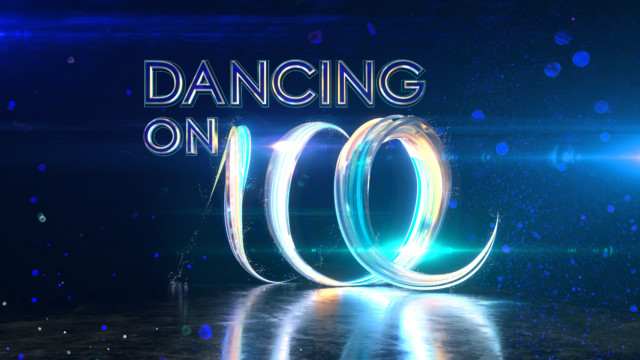 DANCING On Ice’s line-up is complete – with Love Island’s Liberty Poole and Pussycat Doll Kimberly Wyatt among the daring dozen who will take to the rink.

The 12 celebrities now have three months to polish up their skating skills before the new series of the hit ITV dance competition begins in January.

Holly Willoughby and Phillip Schofield are back as hosts, alongside judges Jayne Torvill, Christopher Dean and Diversity dancer Ashley Banjo.

HOAR revealed last week that actor John Barrowman had been axed from his position on the panel after he repeatedly exposed himself on the sets of other TV shows.

Former Strictly judge Arlene Phillips, 78, who was axed from the BBC show in 2009, is now hot favourite to replace him.

A source said: “Dancing On Ice bosses see her seniority as a brilliant way to create a diverse panel of experts on the show. It means the DOI judges will now be made up of two men and two women spanning an extensive age range.”

Here we bring you the full line-up — and what they have said about their own chances.

Liberty, 21, said: ‘I ice skate as a hobby sometimes so I can get around the rink’

LOVE Islander Liberty, 21, said: “I grew up watching Dancing On Ice and I ice skate as a hobby sometimes so I can get around the rink.

“But I can’t do any tricks – no pirouetting or anything.” The Pussycat Dolls star, 39, said: ‘I’m just excited to see what I can do there’

“I’m just excited to see what I can do there. I’m up for a challenge!” Ria, 38, said: ‘You’ve got to say yes to things that excite you, that are a little bit scary’

TV presenter Ria, 38, said: “You’ve got to say yes to things that excite you, that are a little bit scary.

“I’m hopefully going to inspire everyone to give things a go.” THE 22-year-old BMX Olympic silver medallist said: “I think I can win Dancing On Ice.

“I’d love to see if I can make the final. I’m very competitive.” Sally, 58, said ‘It’s a massive challenge. I’m not getting any younger’

CORRIE star Sally, 58, said: “It’s a massive challenge. I’m not getting any younger. Bez, 57, said ‘I was absolutely awful at the audition’

THE Happy Mondays dancer, 57, said: “I don’t know how I got picked, as I was absolutely awful at the audition.

“But they must have seen some potential.” FORMER Strictly pro dancer Brendan, 45, said: “I’ve had one skate – and I was terrible.

“I was hoping I was going to be better than I was. I’ve got time to learn.” Rachel, 43, said ‘I skated when I was ten years old and dabbled in it for a little bit’

THE 43-year-old former S Club 7 singer said: “I skated when I was ten years old and dabbled in it for a little bit and I really loved it – but I’m very wobbly.” Ben, 46, said ‘I like the challenge of competing at something that I’m not necessarily good at’

THE former England rugby star, 36, said: “I’m quite competitive so I like the challenge of competing at something that I’m not necessarily good at.” THE 25-year-old dancer and son of soccer legend Paul said: “Obviously I love dancing but it’s the skill of this.

Jeremy Corbyn fails to stand up for Labour leavers who feel betrayed by him...

Fortnite Season 8 has an XP problem – but it’s getting fixed next...

Kate Garraway strips off for a bubble bath as she arrives back at the...