DIAGNOSED with an inoperable brain tumour, Lola Pearce has yet to break the news to her young daughter Lexi.

Another twist is ahead for the beloved EastEnders character when her long-lost mother Emma rocks up the Square.

She approaches an oblivious Lexi in the playground 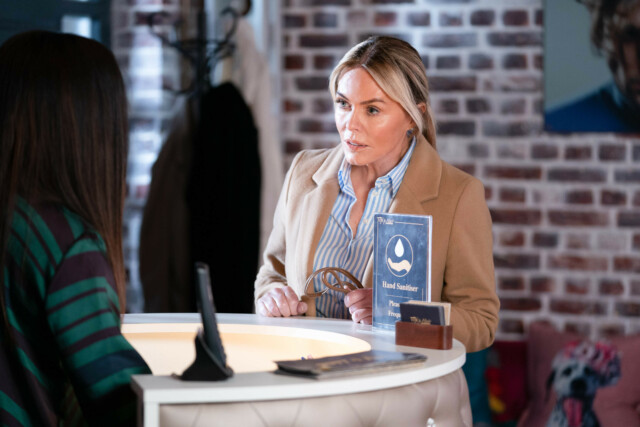 The newcomer shows up at Fox & Hair, asking for an appointment with Lola

Actress Patsy Kensit makes her debut in the BBC One soap next week.

It all begins when Lola (played by departing star Danielle Harold) is concerned when her daughter Lexi feigns illness to stay off school.

Her father Ben Mitchell (Max Bowden) takes her in but receives a call to pick her up shortly afterwards.

He learns that Lexi wants to be with her mother at all times until she’s better.

Lola realises that she has no choice and needs to tell Lexi her condition is terminal.

The hairdresser has been keeping this a secret from the young girl, although she tried to be as honest with her as she could.

She decides the time has come and vows to be honest and tell Lexi that she’s dying.

The news hits the 10-year-old like a ton of bricks but she demands to go back to school, furious that Lola lied to her.

After school, Lexi is approached by an unknown woman in the playground who gives her some comforting words.

Although the girl is oblivious, viewers will know the woman is none other than Emma Harding, Lola’s estranged mother.

Leaving her oblivious granddaughter, Emma heads over to Fox & Hair, where Lola is due to get back to work despite her illness.

Emma books an appointment for the following day and asks for her daughter specifically.

Lola gets back to work in later scenes and welcomes new client Emma to her chair, unable to recognise her mother.

Emma keeps the mystery going and doesn’t let on their true connection.

She then returns to Fox & Hair on the pretence of needing a nail appointment and quizzes Lola.

The pair discuss Lola’s vlog and she lets slip that a girl at school has been nasty to Lexi about her videos.

What will Emma do?

Will she ever tell Lola she’s her mother?

Viewers will remember that Billy Mitchell (Perry Fenwick) reached out to Emma ahead of Lola’s wedding to Jay Brown.

But Emma was reluctant to get involved in her daughter’s life.

Knowing Lola is dying, could she change her mind? 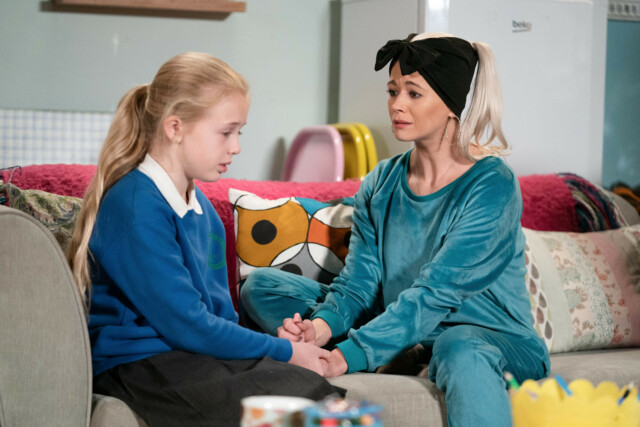 Lola finally tells Lexi the truth about her illness 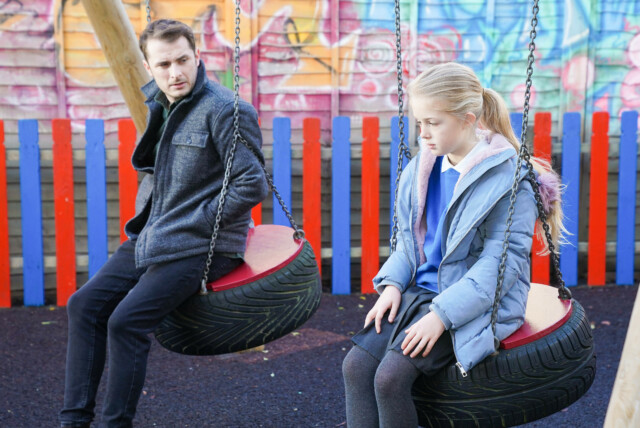 Will Emma get more involved in her estranged daughter’s life as a result?

Monarchy is launching a royal brown sauce to rival HP for £6.99

French ignoring migrants crossing the channel just 250 yards off the coast of France,...

Who will win I’m A Celebrity 2020? Latest odds and predictions