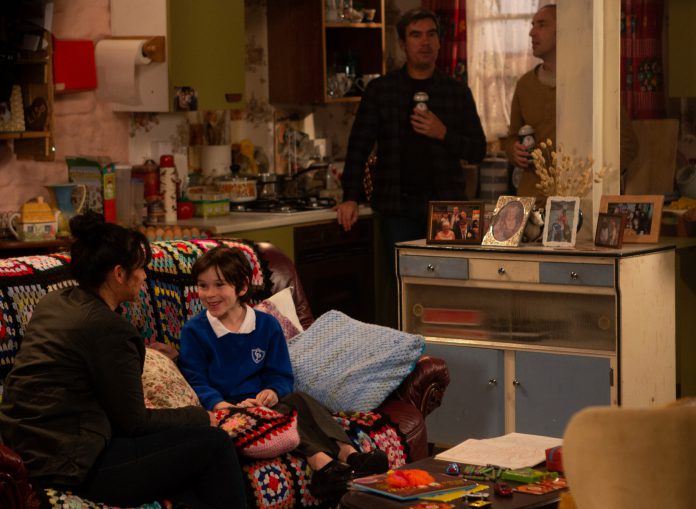 EMMERDALES Moira Barton prepares to leave the village next week after a shocker of a year that saw her dumped by Cain Dingle after sleeping with his son – and take a dark turn to alcohol.

But what is her exit storyline and will the actress be returning to the ITV soap?

What is Moiras exit storyline in Emmerdale?

Moira has been on a downward spiral ever since her husband Cain dumped her for sleeping with his long-lost son Nate Robinson.

Cain was quick to twist the knife in when he slept with Kerry Wyatt right under Moiras nose as an act of revenge.

Moira has turned to the bottle to deal with her woes and viewers have watched her friends drop like flies one by one.

She was dealt the biggest blow when Pete quit the farm to join Nate at Wylies farm after seeing her neck a bottle of wine in front of a client.

The farmer had a festive shocker when she was forced to spend Christmas Day alone.

She was humiliated further when she passed out drunk while looking after Isaac, leaving him in danger.

This was a wake-up call for Moira, and she realises she needs to sort her life out away from the village.

When is Moira leaving Emmerdale?

Official spoilers have revealed that Moira will turn up at Cains next week and deliver the news that shes leaving.

She tells Cain shes heading to Nana Bartons to get a breath of fresh air from the village.

But Emmerdale are yet to confirm Moiras departure, so fans will have to tune in to see when – and if – she actually leaves.

Is Moira leaving Emmerdale for good?

If Moira does end up leaving, viewers will be hoping that her departure is temporary.

However, given that shes lost her husband, her children and nearly all her friends, the dumped wife has very little to stick around for.

She also knows she isnt currently well enough to apply for custody of Isaac.

But whether shell give up on her family forever remains to be seen, and fans will have to tune in to find out.

Will Moira get back together with Cain in Emmerdale?

Its unknown at this point whether Cain will forgive Moira for her cheating and take Moira back into his arms.

However, with Nate worming his way into the Dingles clan and refusing to leave the village, Cain is finding it pretty hard to forget about his sons affair with his wife.

Fans will know that Cain is hardly a saint when it comes to relationships and that his first relationship with Moira was an affair.

The local hardman has also cheated on Moira and Charity Dingle multiple times when he was dating them.

Will he eventually swallow his pride and stop being a hypocrite?

Brits WILL have enough food and ministers will take action if ‘irresponsible’ people continue...

Teenagers aged 16 and 17 to be offered vaccine within days in drive to...

Rocketing costs of Net Zero, pensions and NHS could leave Britain on the brink...