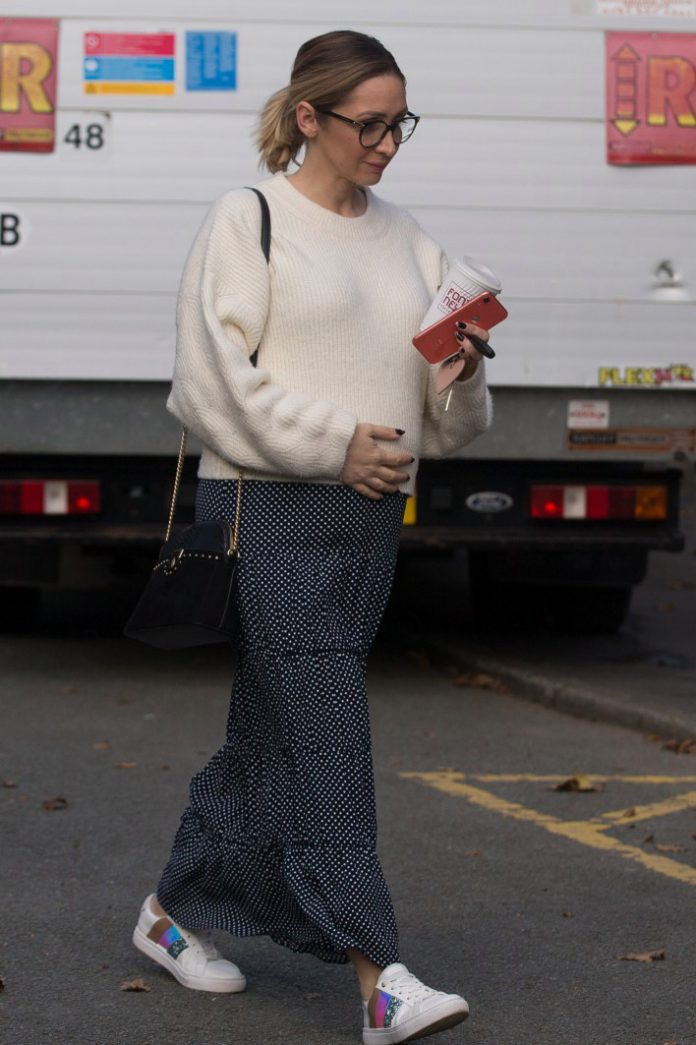 PREGNANT Lucy-Jo Hudson sparked rumours her character Donna-Marie Quinn is returning to Hollyoaks after being spotted on set.

The former Coronation Street actress played the sex worker from 2018 until April of this year.

The 36-year-old – who is currently expecting a baby with fellow actor and boyfriend Lewis Devine – was seen at Lime Pictures in Liverpool today.

She left wearing a black polka-dot midi skirt, trainers and a fluffy cream jumper that hid her growing bump.

The star announced she was leaving the soap in April, posting on Instagram: “Goodbye @hollyoaksofficial it has been a real pleasure playing skanky Donna-Marie for the past 12 months.

“Not gonna miss the teeth that’s for sure… but Thankyou for making me feel welcome… wonderful cast and crew!!”

Alan and Lucy have one child together, six-year-old Sienna.

Meanwhile, she started dating Lewis in 2018 after meeting on the set of Snow White And The Seven Dwarfs in 2017.

They announced the baby news in August of this year by posting a photo of their scan.

The actress said: “This has been so hard to keep quiet but today was the day @lewisdevine and I got to tell Sienna the best news!!!

Kate Middleton and Prince William host palace reception WITHOUT Harry as he prepares to...