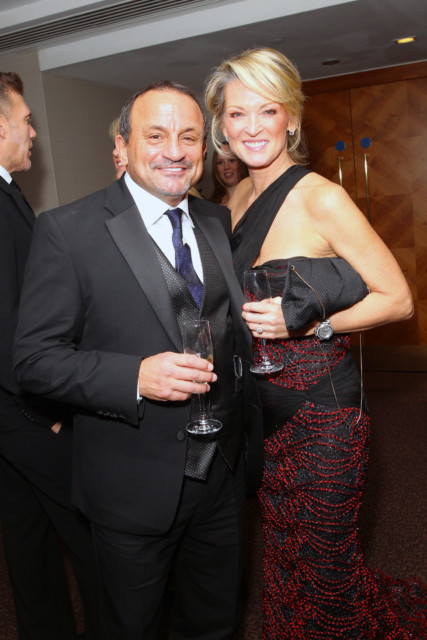 A PRIME suspect has been arrested by police over the shooting of the ex-fiancé of EastEnders star Gillian Taylforth.

The man in his 40s was held on suspicion of attempted murder.

He was questioned for several hours then released on bail until next month.

The arrest came as victim Dave Fairbairn, 64, was discharged from hospital.

We told last week how the dad of two had been shot in the stomach at close range by a mystery gunman.

Mr Fairbairn was gunned down as he met gangsters allegedly threatening to target him and burn down Gillian’s home.

Raised voices were heard at the meeting on July 5 near a Toby Carvery in Enfield, North London, before a shot was fired.

On Thursday night a source said: “Dave’s recovering after being under police guard in hospital.

“It’s a miracle he pulled through.”

Gillian, also 64, has dated Mr Fairbairn on and off for more than four years.

In April, HOAR told how he had been arrested in connection with an £850,000 cannabis factory found at his farmhouse in Arrington, South Cambs.

Scotland Yard said the investigation into the shooting was ongoing. Gillian Taylforth has dated Dave Fairbairn, both 64, for more than four years

Did you miss our previous article…
https://www.hellofaread.com/soap-opera/coronation-street-fans-terrified-for-carla-as-scott-confesses-to-attacking-her-blackmailers/

Royal Family news: Prince William to reunite with Harry due to ‘UNBREAKABLE tie’ as...