THERE’s a dramatic week ahead for Channel 4 viewers as Shaq and Nadira get ready to tie the knot.

But their wedding is bound to cause some heartbreak in Hollyoaks. Get the lowdown on all the upcoming drama.

Shaq and Nadira are set to get married – but will it all go according to plan?

Some shocking love confessions are to be made 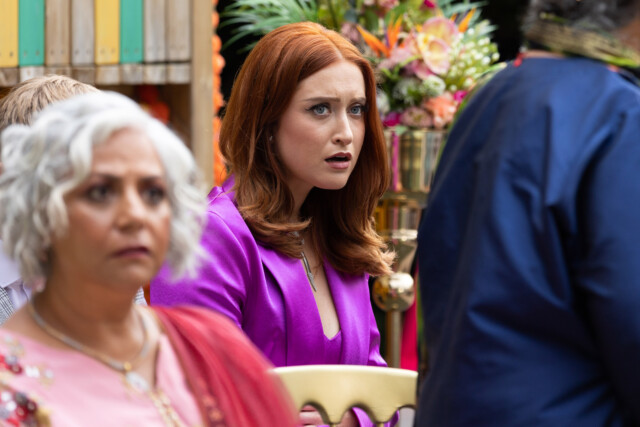 1. Shaq has doubts about his wedding

But they’re prone to experience disappointment as they find out their permit application to get hitched in the park is rejected.

Determined to find a solution, they turn to a reluctant Verity Hutchinson (Eva O’Hara) who agrees to look into it.

In later scenes, when Shaq is struggling to write his wedding speech, he uses Verity as his muse and he realises he could be making a mistake.

Despite initially being set for October, 2022, Nadira and Shaq’s wedding is fast approaching.

But where is the groom?

With Shaq nowhere to be seen this week, could his family history be repeating itself? 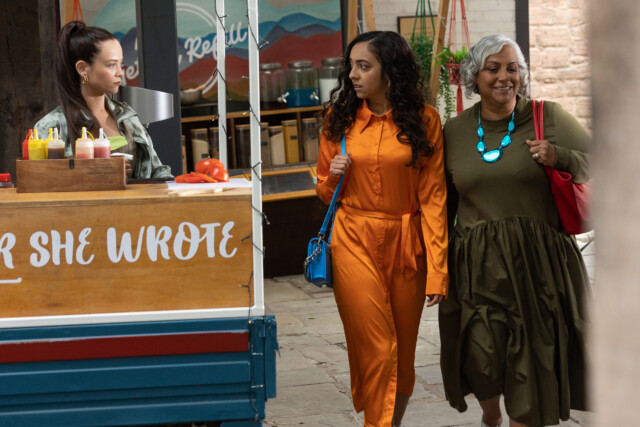 Juliet and Nadira can’t stay away from one another

Shaq isn’t the only to have conflicting feelings about his wedding as Nadira is also hung up on someone else.

When Peri Lomax (Ruby O’Donnell) spots her with Juliet Nightingale (Niamh Blackshaw), Nadira is accused of having rekindled her affair with her but they both deny it.

Peri apologises for jumping to conclusions – until she finds proof that Nadira’s affair with Juliet is ongoing.

Tired of the secrecy and heartbroken, Peri makes the decision to stop the wedding.

Later on, some intense declarations of love are made and two lovebirds celebrate their love.

But who will end up with their heart in tatters? 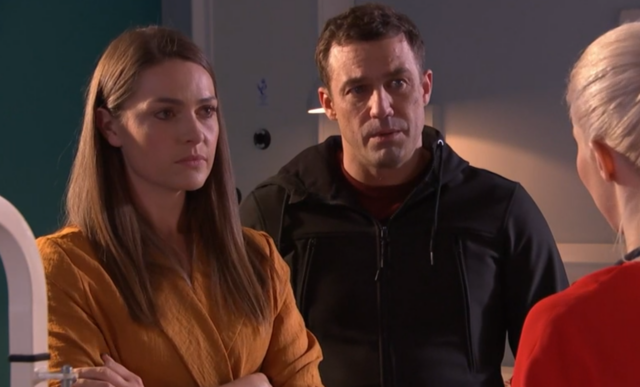 But as the lovers turned rivals are at each other’s throats, they receive an alarming call from Ethan.

Sienna then reveals her plan for revenge on Warren to a horrified Joel Dexter.

However, while she sets out to tell Warren some shocking information, she’s stopped in her tracks.

Warren berates Sienna for neglecting their daughter and he makes another potential enemy out of the Undertaker, Norma Crow, when he chooses his family over her.

Could Warren come to regret it? 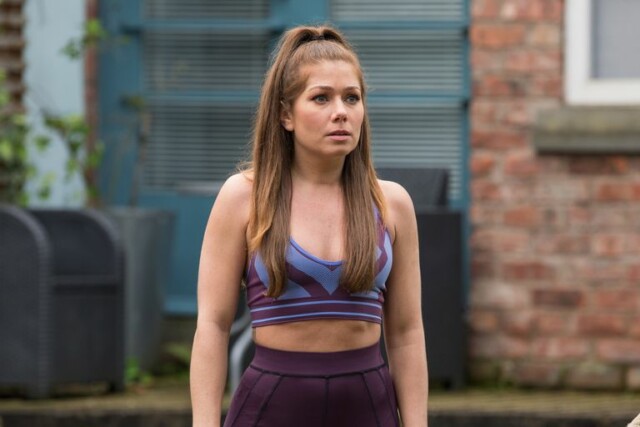 Maxine is looking out for Vicky – but is she going too far?

4. Maxine gets Vicky to move on

Warren’s other ex, Maxine Minniver (Nikki Sanderson), on the other hand, gets Vicky Grant (Anya Lawrence) to lean on her as the teen’s relationship with Joseph Holmes (Olly Rhodes) is getting out of hand.

Coming up, Maxine opens up to Vicky about the abuse she endured while she was married to the late Patrick Blake in the hopes the teenager will realise she deserves better.

But Maxine takes things a step further to prove her point and resorts to catfishing Vicky.

She’s then happy to see Vicky is keeping her mind off Joseph but remains unaware she could be causing more damage.

Meanwhile, Joseph sets his sights on another girl. 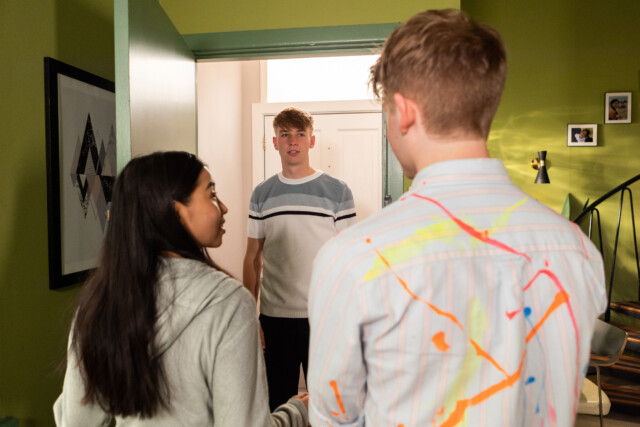 Joseph has been up to no good in the village in recent weeks.

But matters could get worse when he introduces himself to Serena Chen-Williams (Emma Lau).

When Sid Sumner (Billy Price) catches him sneaking out of Serena’s home in the morning, it’s clear the pair have been getting quite close.

Will Vicky find out? 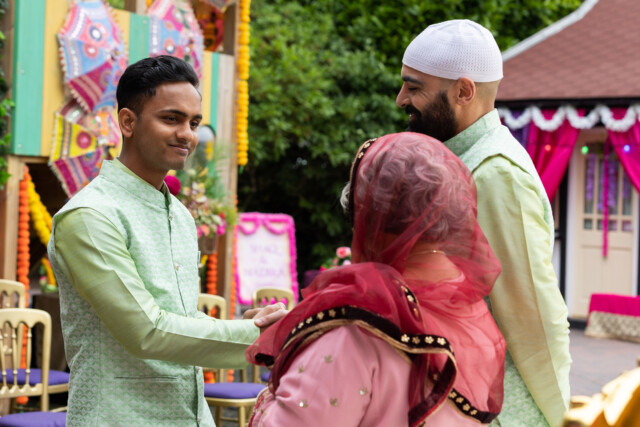 Sid makes another realisation this week and it’s all about his friend Imran Maalik (Ijaz Rana).

The latter has been struggling with an eating disorder which becomes apparent when he’s caught by Sid throwing a tray of food away.

After some encouragement, Imran finally opens up about his condition and the reasons he’s struggling.

When he refuses to get professional help, Sid promises him he won’t have to go through anything alone.

Will Imran accept the offer? 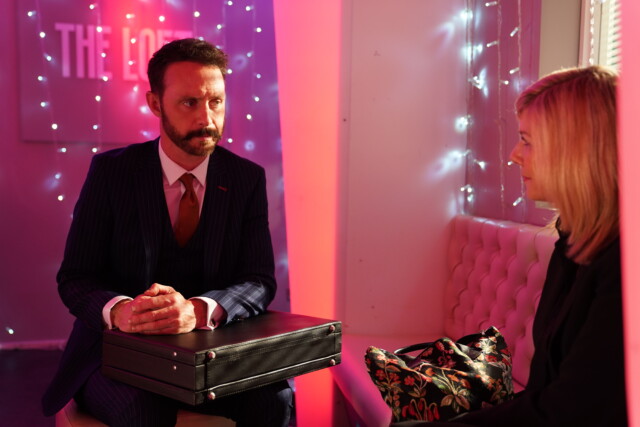 How will James pay for his betrayal?

7. James turns his back on Norma

Much like Warren and Sienna, James Nightingale (Gregory Finnegan) has joined forces with Norma Crow (Glynis Barber), vowing to do her bidding, whatever it may be.

This week, he continues to be her cut-throat accomplice… but is still determined to double-cross her.

James already tried to outsmart the criminal, only to be convinced by Ste Hay to get back into her good books before finally destroying her.

And when he gets a big pay-check, he decides to rinse her dry first.

The scheming character thus gambles with his life again by lying to Norma about being reinstated at the law firm.

He even uses Verity’s heartbreak to his advantage by offering to lighten the workload.

In later scenes, during a meeting at The Loft with Norma, James lies about getting reinstated at work and the Undertaker teases a potential big cash reward – as long as he works for her and she trusts him.

Unfortunately, a mix up leads to James revealing he’s bugged his briefcase.

What will Norma do?

Did you miss our previous article…
https://hellofaread.com/soap-opera/eastenders-spoilers-rainie-to-return-to-walford-for-stuarts-exit-storyline-plus-coronation-street-emmerdale-news/