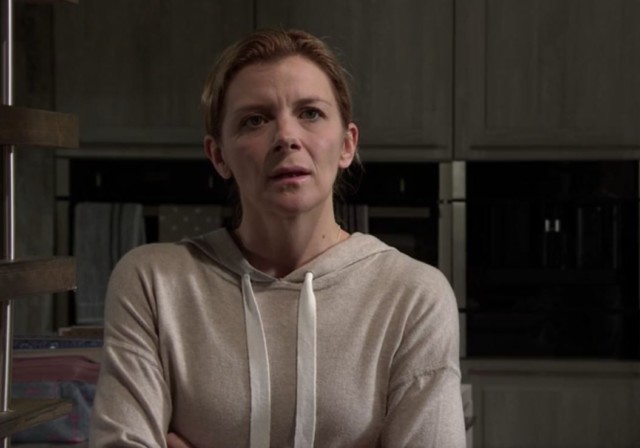 SIMON Barlow is drawn into drug dealing as he tries to help broke and grieving mum Leanne Battersby next week in Coronation Street.

Here’s what’s happening next week on the cobbles…

Simon realises Leanne is behind with electricity payments

Simon grows sick with worry when he overhears Leanne on the phone and realises they’re behind with electricity payments.

Simon suggests they ask Nick for financial help, but Leanne refuses and tells Simon she doesn’t want anyone else to know she’s suffering.

Simon is drawn into drug dealing next week in Corrie

2. Simon is drawn into drug dealing

When Simon admits to his mate Jacob at the chippy that they’re struggling, Jacob offers to lend him £60.

And when Simon’s bike is stolen from outside the shop, Jacob offers to give him his.

Simon is thrilled but as he leaves with a chip shop delivery, Jacob stands in his way and tells the teen he’s got a different delivery for him to complete. Gail discovers her dad Ted has died next week in Corrie

Gail receives a call from her dad Ted’s partner Andrew in London telling her the awful news that he’s passed away.

Viewers will see a heartbroken Gail break the news to Nick.

She then announces that she’s going to London to help out with the funeral arrangements. Debbie takes over Ray’s businesses after faking his death

Debbie takes control of Ray’s businesses after faking his murder next week in Corrie.

Viewers will see Debbie invite Abi to a relaunch party at the bistro and tell her it’s women only.

She then announces that she’s putting No.8 up for auction the following day, leaving Tracy delighted but David worried he’ll never raise the money in time. Asha reiterates that it’s over to Corey

5. Asha goes on a date with Nina

Asha starts her first trial shift at the cafe alongside Nina.

Corey enters and begs her to hear him out, but Asha makes clear he’s dumped.

When Asha suggests meeting up in Victoria Gardens later, Nina tells her it’s a date. When Dev returns home he spots Asha dressed up and is surprised when she tells him she’s got a date with Nina.

Dev tells Roy about Nina and Asha’s blossoming romance, and Roy says he should be flattered that Asha felt able to talk to him about it.

Later, when Asha invites Nina over for tea, Dev tries his best to make Nina welcome.

7. Ken talks some sense into Peter

Ken is horrified to realise Peter has been throwing his medicinal whisky down the sink when his back is turned.

With Peter sweating profusely and on the brink of another seizure, Ken drives home the importance of drinking a small measure of alcohol to avoid sudden withdrawal.

Peter does as Ken instructs, knocking back the whisky Ken pours for him.

Robbie Williams and Britains Got Talent champ Colin Thackery lead the stars at the...

What is the Metaverse Fashion Week in Decentraland and how can I watch it?