THERE’s a new face in Weatherfield this week, amid the aftermath of Gary Windass’ showdown with Kelly Neelan.

Actress Channique Sterling-Brown is making her Coronation Street debut. Here’s everything you need to know.

James Bailey will be bowing out of Weatherfield in upcoming weeks 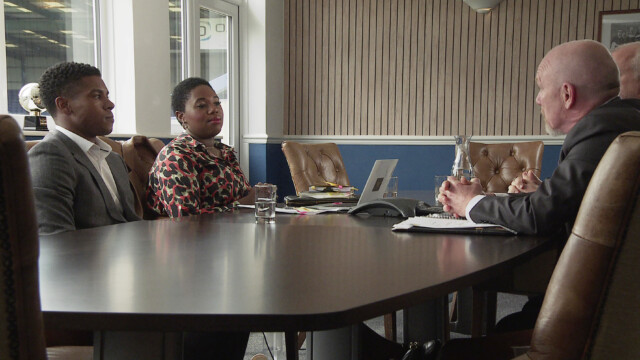 In the meantime, Dee-Dee Bailey could solve a lot of problems for multiple residents

While she has been mentioned since her family first settled in, back in 2019, Dee-Dee Bailey has never been seen in the cobbles before.

This week, however, Aggie and Ed’s daughter leaves America to pay her family a visit.

Her arrival could even be beneficial for her brother James (portrayed by departing actor Nathan Graham) who was recently pushed to stop his football career after a heart attack.

When he shows her the letter from Weatherfield County offering him a paltry final pay-off, Dee-Dee is determined to turn things around for him.

She takes it upon herself to call the football club he was once a part of and, after announcing she’s a solicitor, she demands a meeting.

But Dee-Dee soon agrees to get down to business with another resident. 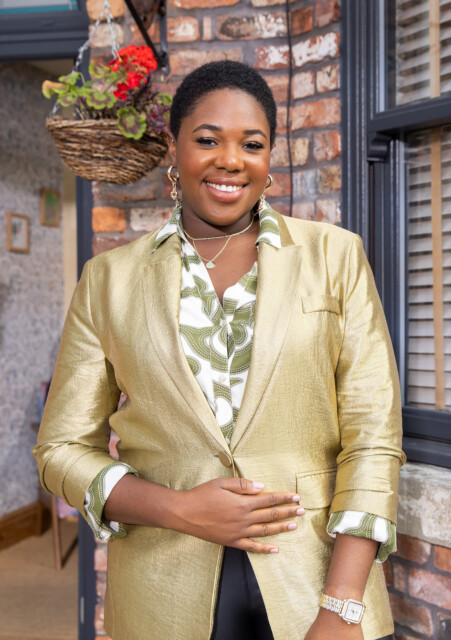 2. Stu gets closer to clearing his name

In later scenes, she forms a bond with former homeless man Stu Carpenter (Bill Fellows) as she agrees to take on his case.

The Speed Daal chef was accused of murdering his former lover Charlie and has desperately tried to prove the investigation was botched and he was made to take the blame despite being innocent.

Dee-Dee quickly points out gaps in the police inquiry and suggests they speak to Bridget and go over her mother’s statement.

Soon enough, both Bridget and her mother Lucy are questioned while Dee-Dee reveals she’s found an address for Lennox, the officer originally in charge of Stu’s case.

Stu takes the piece of paper handed to him by Dee-Dee but will he finally be able to clear his name once and for all? 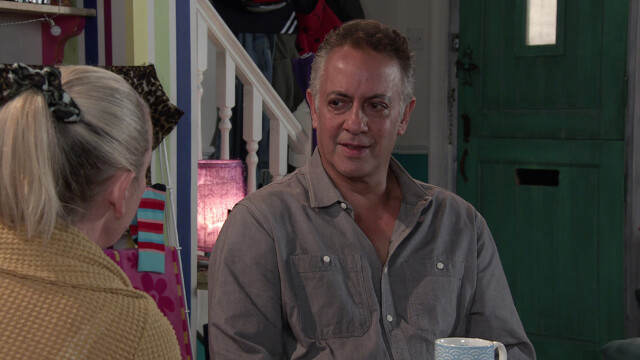 There’s heartbreak ahead in the cobbles.

After unexpectedly falling in love, Kelly Neelan (played by Millie Gibson) and Aadi Alahan (Adam Hussain) were ready to leave the cobbles for Gretna Green, the closest Scottish village they could find to tie the knot.

But they eventually decided to wait before eloping, celebrating their engagement – before the wayward teen vanished after discovering the truth about her father Rick’s death.

With one of his biggest secrets out in the open, Gary Windass (Mikey North) is aware that his time to escape the truth may be running out.

Meanwhile, Dev Alahan (Jimmi Harkishin) is adamant on driving a deeper wedge between his son and Kelly.

This prompts him to tell Gary he needs his help in convincing Aadi that he has no future to look forward to with Kelly.

While in hospital, where Aadi has been taken following Kelly’s confrontation with Gary, Dev makes out that she confided in the former military that she doesn’t love him anymore.

Aadi is heartbroken, left to his own devices in hospital while he tells his twin sister Asha and Nina Lucas about Kelly never loving him and putting on an act. 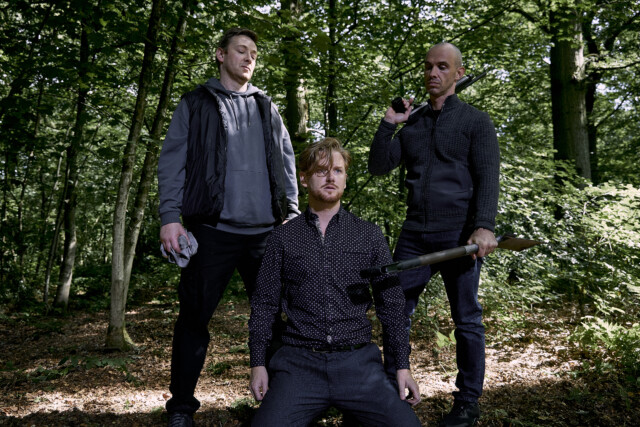 Gary Windass faces a lot of questioning after Kelly’s disappearance

4. Gary is cornered by police

However, viewers will quickly notice that not everything is as it seems when it comes to Kelly Neelan.

This week, Gary is still reeling from the aftermath of his showdown with Kelly.

While Dev tries to pull his son away from Kelly, the former military faces much more serious issues.

Gary is hauled in for police questioning over a recent horror shooting involving Kelly – will he hold his nerve?

Could he reveal all of his secrets? 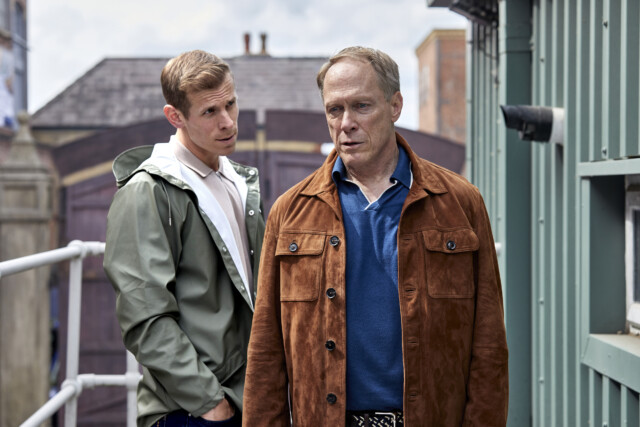 Speaking of secrets, Stephen Reid has stopped at nothing to overcome his financial worries.

However, the scheming businessman portrayed by Todd Boyce stoops to a new low to try and cover his tracks as he plans to steal from his own mother Audrey Roberts.

Coming up, Leo Thompkins (Joe Frost) is on a mission to prove that the scheming businessman is a liar after Stephen tried to seduce Jenny Connor in an attempt to steal from her.

Leo speaks to the estate agent who was booked to value Audrey Roberts’ house… and eavesdrops on a conversation with Gabrielle.

This leads him to find out Stephen’s plan is to get his hands on the equity from his mother Audrey’s house to pay her back.

Knowing that what he’s heard could turn Stephen’s plan on its head, Leo confronts him, revealing he heard every word.

Stephen follows Leo onto the factory gantry as the latter taunts him, threatening to call Audrey and tell her everything.

Eventually, Stephen sees red and lunges at Leo, sending him falling over the railings.

Leo lands on the ground with a thud on the commercial bins below as Stephen hurries down the ladder to check on him. 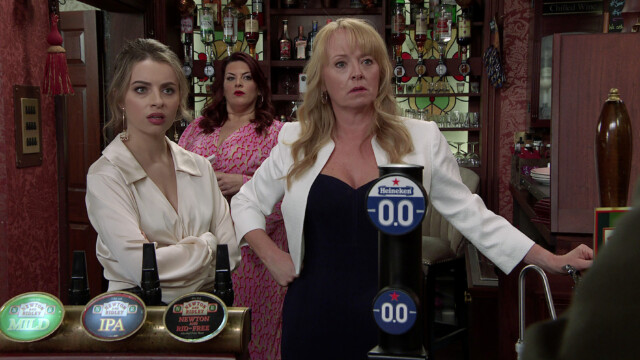 Soon after Stephen and Leo’s confrontation, Jenny Connor (Sally Ann Matthews) grows worried, unable to spot her other half anywhere.

The couple haven’t always been on the best of terms, particularly due to their age difference.

But when Leo’s father Teddy (Grant Burgin) shows up, things get more tense.

Before confronting Stephen, Leo has a confrontation with his father who warns him that he’s mad to chuck his life away on a woman twice his age who can’t be trusted, referring to Jenny.

She then tells her that Leo hasn’t been home all night and his phone goes straight to voicemail.

In later scenes, Teddy calls in the Rovers and is surprised to see Jenny alone behind the bar.

The landlady explains that Leo left for Canada without her and Teddy asserts that she only has herself to blame.

Or has something more sinister happened to him? 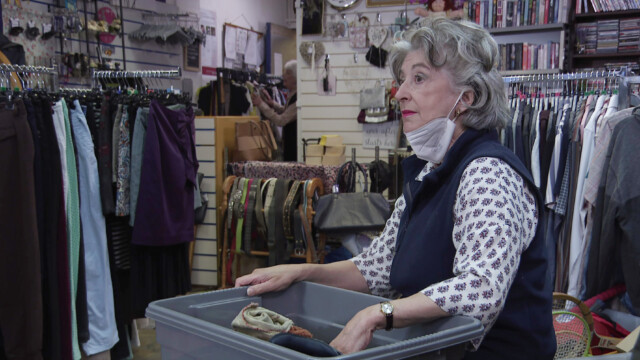 The pressure is too much to handle for Evelyn Plummer

Another exit could be in the work this week as Evelyn Plummer (Maureen Lipman) starts to work at a charity shop.

This is a challenge for the blunt Weatherfield resident as she has to get used to Joy laying down the law.

But after making a surprise phone call, Evelyn announces she has to head off to Cornwall.

What is she hiding?

Love Island’s Maura Higgins and Curtis Pritchard split up after seven months as they...

Keir Starmer vows to ‘carry the can’ for Labour humiliation but insists he WON’T...

Love Island’s Adam Collard reveals he has coronavirus after holiday in Greece as he...

Seven benefits worth up to £689 you can claim if you have a mental...