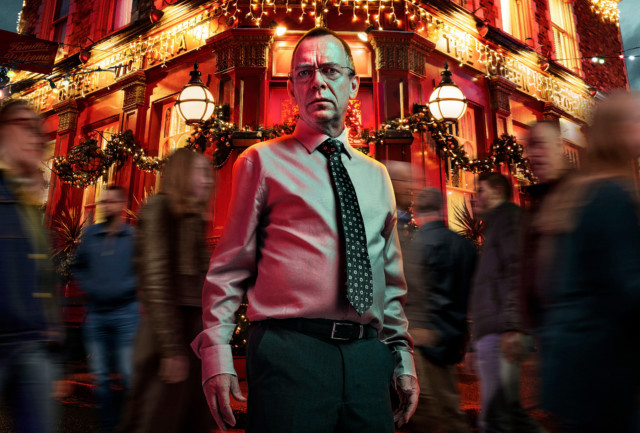 The police make a breakthrough and arrest someone under suspicion of the attack.

But matters are complicated when Jack drags another suspect into the station and gets the police interview underway.

Will the attacker be found?

With Ian having offended, betrayed and conned half of Walford over the last few months, the suspect list is a long one.

Kat and Kush grow desperate to get their hands on the cash from Phil so they can jet off and start a new life abroad.

But as they head towards no. 31, they see that the police are still swarming the Square after Ian’s attack.

As Kat heads to Phil’s and demands the money, she’s shocked when Phil hands it over but is soon devastated when she realises it’s only a fraction of what she is owed. Kush hands himself into the police

3. Kush hands himself in

Meanwhile, realising what the consequences of his actions mean for his family, Kush makes a difficult decision.

Later, with Kat oblivious to his decision, Kush hands himself into the police.

Kat is later stunned when Jack tells her that Kush has handed himself in.

Kat informs Phil, who sees red and issues Kat with a stark warning.

Hurt by Kush’s actions, Kat decides it’s time for her to leave Walford. Jay tells Honey that Paul has been sent to prison

5. Paul is sent to prison

Viewers know that Honey was devastated when she learned that her attacker Paul had been released on bail, even after the police found the video of her that he’d taken on his phone.

But it looks like there’s light at the end of the tunnel for Honey this week as Jay and Honey chat in the Minute Mart.

Jay informs her that Paul has been convicted for assaulting someone else and is going to prison.

Honey and Jay’s conversation is interrupted as Suki frantically chases a thief.

Suki is shocked when she realises the culprit is schoolboy Will, who then begs her to go easy on him and explains that he was taking the food to give to a friend who’s family is struggling to feed him.

But Suki is unsympathetic and continues to insist on making an example out of him.

She’s stopped in her tracks, however, when Will points out he was only taking the food that is out of date.

EastEnders set switches from summer to Christmas in weeks as tree and lights put...

Defence Secretary Ben Wallace won’t rule out bid to be PM if Boris is...