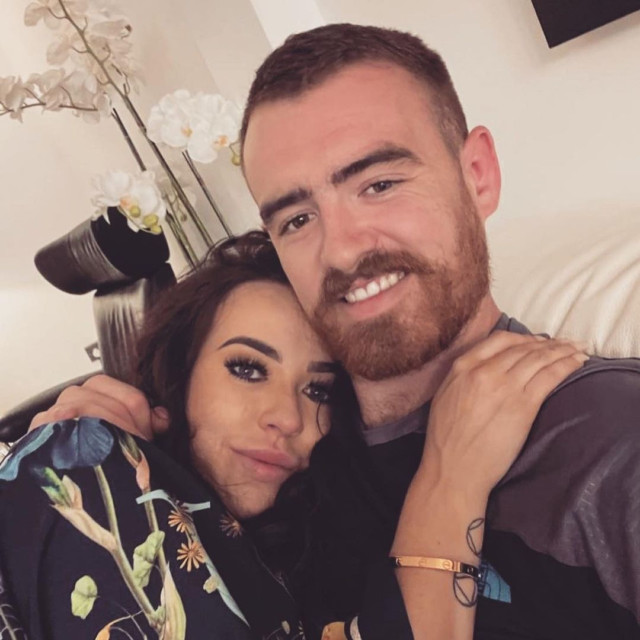 STEPHANIE Davis has found love with a bike shop worker after splitting from her Hollyoaks co-star Owen Warner.

The actress posted loved up snaps with Oliver Tasker after her ex confirmed his secret romance with Geordie Shore’s Chloe Ferry.

The mum-of-one simply captioned the sweet post, “you” with a love heart.

Stephanie was then quizzed by her soap co-stars for information on her new man, to which she replied: “You’re going to love him. He’s the male version of me!”

The 28-year-old proved she’s serious with her new love interest by showing they’ve already been on holiday together to Portugal.

Love is also in the air for her ex Owen who has fallen head over heels for reality star Chloe, 25.

The 28-year-old has fallen for the bike shop owner

She’s so smitten, in fact, that she told fans: “Now I know what love feels like.”

The couple were also holidaying in Portugal when they broke the news to fans about their secret relationship.

The Geordie Shore favourite got up close and personal with topless Owen as they sunbathed together. The pair shared a sun lounger as they cuddled closely and embraced one another as they topped up their tans.

Chloe showed off her sensational figure in a tiny neon yellow bikini, while Owen gave fans a glimpse of his muscular physique.

The TV hunk and the brunette beauty put on a touchy display and packed on the PDA in a second snap. The pair have been spotted looking loved-up in Portugal

The TV beauty shared the snap with her 3.7million fans, including an ring emoji.

She wrote: “Now I no what love feels like

The Northern lass couldn’t wipe the smile off her face as they sipped cocktails and held hands.

Did you miss our previous article…
https://www.hellofaread.com/soap-opera/coronation-street-spoilers-live-rovers-return-up-for-sale-leaving-jenny-devastated-plus-eastenders-emmerdale-latest/

Who is Middlesbrough Mayor Andy Preston and what has he said about lockdown rules?