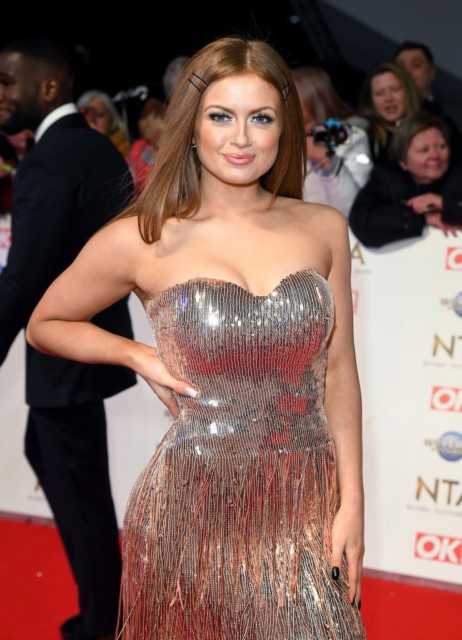 STRICTLY finalist Maisie Smith could earn ­£1million over two years after being inundated with lucrative offers.

But to cash in, the 19-year-old actress would have to quit her role as Tiffany Butcher in EastEnders — the show she’s been part of for 12 years. However Maisie, pictured at home after leaving the show, would have to quit EastEnders to cash in

Friends revealed how Maisie, who was runner-up to winner Bill Bailey, 55, in the Strictly final, had big-money brand deals on the table.

But the strict terms of her BBC contract mean she is unable to accept and is said to be weighing up her options.

Maisie is believed to earn a five-figure salary on the soap. Maisie was pictured putting the bins out after returning home A pal said: “Her success on Strictly has shown her another world and she’s a hugely ambitious young woman.

“She’s happy on EastEnders but is aware of the lucrative offers, including a £50,000 offer from a make-up brand. She’s played Tiffany Butcher on the soap for 12 years She could earn millions by cashing in on her Strictly success

It’s thanks to her huge social media following and Strictly has boosted her profile.

“Maisie could be a millionaire in two years if she walked away from EastEnders.”

But sources say she is “incredibly loyal” to the soap and is likely to stay until at least the end of next year. Did you miss our previous article…
https://www.hellofaread.com/soap-opera/coronation-street-fans-in-tears-as-david-and-shona-break-up-just-days-before-christmas/

Brits STILL on track to get to pub in just two weeks as Boris...

Millions of people missing out on up to £6,216 Universal Credit and benefits –...