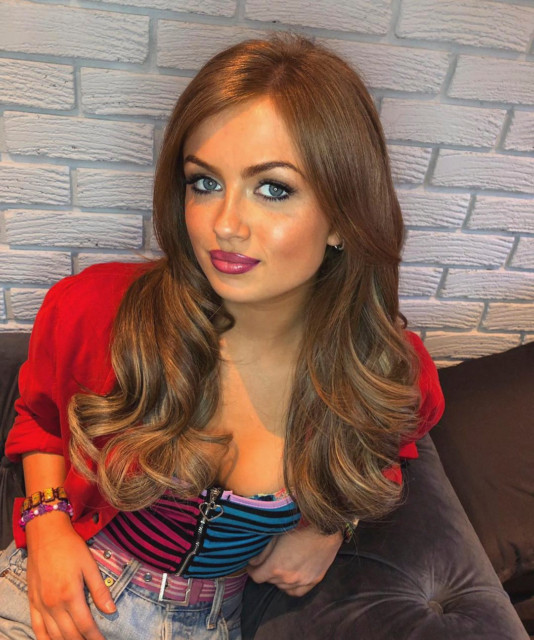 STRICTLY’S Maisie Smith has admitted she’s panicking as she learns dances and films EastEnders at the same time.

The 19-year-old actress appeared via video link on Thursday evening’s The One Show where she confessed she was “concerned” about the next few weeks.

Maisie and her partner Gorka Márquez, 30, revealed she was concerned about the “next couple of weeks” because she’ll be required to learn two, and then three, dances if they make the final.

Rehearsals for the BBC dance competition are heating up as the battle for the 2020 Glitterball Trophy rages on.

The dancing duo won huge praise from the Strictly Come Dancing judges last Saturday when they performed a Quickstep routine, scoring a huge 29 points out of 30.

During the chat, Maisie was asked how she’s managing to balance both Strictly rehearsals and EastEnders filming, with the actress admitting: “I am a busy bee right now! Last weekend they scored two perfect 10s from the judges “I have just been eating a lot, a lot of coffee and just sleeping as much as I can otherwise I don’t know how I stay awake.

“Honestly, especially because the next couple of weeks on the show – if we’re still here – you learn two dances and then three dances in a week and film EastEnders at the same time.

Maisie, 19, has been in the BBC soap on and off since 2008 (when she was aged six) as gobby Tiffany Butcher-Baker (neé Butcher).

This weekend will see the soap actress and Gorka take to the Strictly stage dance to Little Shop Of Horrors for Musical Week.

Did you miss our previous article…
https://www.hellofaread.com/soap-opera/coronation-streets-elaine-jones-gives-evidence-against-ex-geoff-metcalfe-and-will-free-yasmeen-say-fans/

Fears Mad Vlad on brink of detonating nuke over Black Sea in show of...

Masked Dancer fans slam show as ‘a fix’ after Pillar and Post make it...