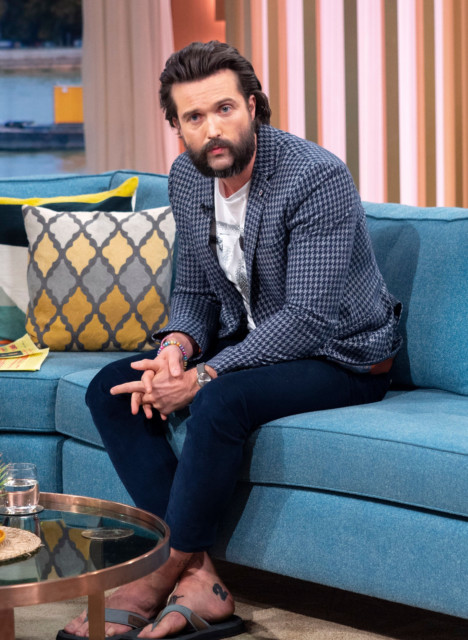 THE actor behind The Deceived’s English professor Michael Callaghan has teased a supernatural element to the series as a way to glimpse “full reality.”

Emmett J Scanlan, who will be familiar to soap fans for his role as Hollyoaks’ Brendan Brady, spoke exclusively to TV Mag about the unexpected other-world twist for the new Channel 5 series.

The psychological drama, from the creator of Derry Girls, follows a young Cambridge student, Ophelia Marsh, who has an affair with her married tutor Michael, played by Emmett.

Ophelia, played by Emily Reid finds his wife dead on the exact night he tells her about his affair – and she starts to suspect something is amiss.

When quizzed over the upcoming plot direction, after numerous supernatural script hints of gaslighting and its dangers, Emmett, 41, said: “We seem to always give our power to what we see.

“We think if we don’t see something, or have never seen something, it doesn’t exist. Emmett said what is seen is not the ‘full reality’ of the scenario, teasing at a supernatural element

“But what we see isn’t our full reality. It’s just a window into part of it.”

The Dublin-born actor added: “I feel there’s a natural world out there that’s super indeed.”

Meanwhile, he spoke out about his unfaithful academic character in the four-part drama, which also stars Normal People‘s Paul Mescal.

Emmett said: “He’s intelligent, confident and has his students eating out of the palm of his hands. “He manipulates or charms not just his students, but people in general, for the most part anyway.

“He’s used to getting what he wants when he wants it.

And he does, get what he wants that is.” The Deceived airs in four parts on Channel 5

The first episode of The Deceived will air from Monday, August 3, 2020 at 9pm.

The four-part drama will then air each night at 9pm, with the finale scheduled for Thursday, August 6.

Each episode will be available to watch on My5 (previously Demand5) after they have aired.

Did you miss our previous article…
https://www.hellofaread.com/soap-opera/coronation-streets-yasmeens-trial-delayed-as-she-receives-devastating-news-she-needs-a-heart-bypass/

Why is Louise Mitchell leaving Eastenders and when are Tilly Keepers final scenes?