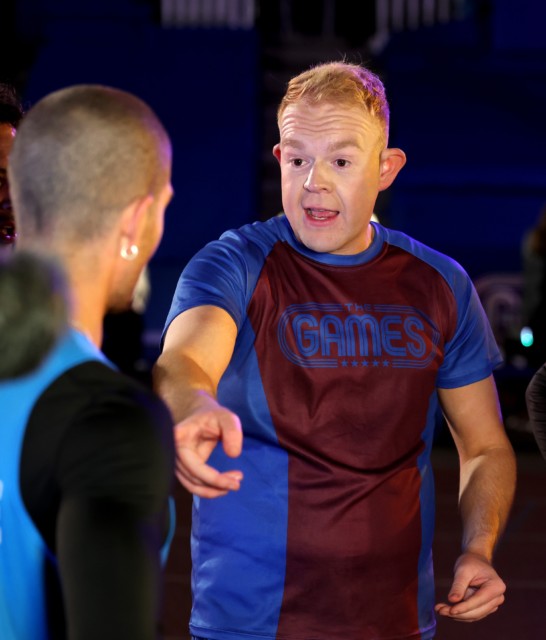 THE Games star Colson Smith has revealed a brutal injury that put his place on the show at risk.

The actor, 23 – who plays Craig Tinker in Coronation Street – is one of 12 famous faces taking part in the ITV show this year.

But Colson has confessed that he was in “so much pain” after hurting his thumb when the race took place.

Speaking on the Sofa Cinema Club podcast, Colson opened up about what happened.

He said: “On the hurdles the floor was soaking wet. Take your marks, set, I’ve gone up for set and my thumb has just gone like that [slipped] and then it was ‘go’.

More on The Games “On the hurdles I was laughing my head off because of the amount of pain I was in. I did finish, to clarify.

“It bloody hurt, it properly hurt. It’s sprained. You put your hands in the blocks and when you raise up for ‘set’ my thumb has kind of slipped, because it was wet.

“I’ve taken my strapping off. I’ve had to take it off because my thumb went numb in the car.

“They had to ring the medic and were like, ‘What shall we do? Colson has got pins and needles in his thumb.’

The star had his suspicions that the race was going to go wrong after falling during training.

Colson added: “Last Friday, we did a tapering session for track and field and I fell on the hurdles twice in one go, so then I was like, ‘I don’t want to do them anymore.’

“And I hadn’t touched them since and then in my head I was like, ‘You’re going to fall over the hurdles,’ and I didn’t want that to happen.

“So, I completely changed the way you’re meant to race.

“My head had gone and I just said to the coach, ‘All I want to do is get over these, so I’m going to do it my way.’

“Hurdles, when you do them properly, are a sprint that you kick at but my brain was never going to allow me to do that.”

The brutal injury also meant that it nearly jeopardised him taking part in the climbing wall event.

He added: “I can’t tell you what happens, because it goes out tonight, but I was a thumb down.

“I had to get strapped up for it, it was touch and go, ‘Are we going to allow Colson to do the wall?’

Colson took on the role of Craig Tinker in Corrie back in 2011.

Back in 2020 the soap star wowed fans after showcasing his incredible weight loss.

Over the past two years he’s managed to shed a whopping 10 stone after falling in love with running.

Earlier this week he took part in the 50m freestyle race on the show and confessed that he had only learned to swim five weeks ago.

Colson admitted it was his weight that had stopped him getting in the pool during his school years.

He said: “In school I hated swimming because I was the fat kid. So I used to basically refuse to swim.

“When I found out about this I didn’t want to do it, and then I kind of said it’s about time I stopped saying no because of the way that I look and the way that I feel.

“This competition is kind of gonna be me versus me, I just want to show myself that Colson has no limits and he really is just gonna keep pushing it all the way.”

The Games hit our screens earlier this week. The actor has played Craig Tinker since 2011 Colson has lost over 10 stone over the past few years

Stacey Solomon says shes going to cuddle Joe all night after his tears over...