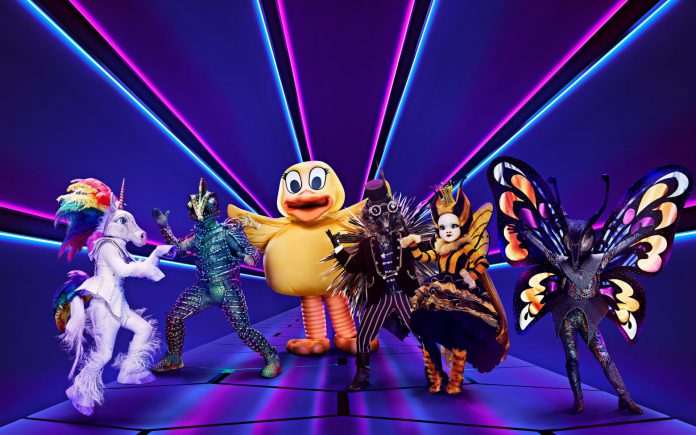 THE Masked Singer viewers are convinced that celebrities including David Beckham and Denise van Outen are taking part in the show.

This weekend ex-EastEnders actress Patsy Palmer was unmasked as Butterfly and former Home Secretary Alan Johnson was revealed to be the Pharoah.

But there are still a lot of characters with their identities hidden and fans of the show have taken to Twitter to share their guesses – and the convincing clues that might prove them right.

We look at the best guesses so far…

The Tree is David Beckham

Viewers were convinced that David Beckham is the celebrity behind The Tree.

Fans were sure that The Tree used David’s voice when he stopped singing.

David Beckham can do everything even sing

Beckham is the tree. Thats his normal voice. #maskedsinger

The Fox is Denise van Outen

Twitter became convinced that Towie narrator Denise van Outen was behind The Fox after one of the clues.

The clue said she collects teapots and amateur detectives found an old tweet from Denise saying the same.

Fox is Denise Van Outen and that's the tea!

Queen Bee had fans convinced she is Nicola Roberts from Girls Aloud.

Viewers were sure she sounded like the redhead when she sang and pointed out she was a wildcard in Girls Aloud.

I'm saying Queen Bee is Nicola Roberts. The chorus sounds REALLY like her – and she was a wildcard in Girls Aloud. Plus the clue about growing up and wanting to be herself now – because she used to be in a group?! #MaskedSinger

The Unicorn had a rainbow mane and sang Babushka by Kate Bush.

Many viewers were already sure it was flamboyant Barrowman dressed up and putting on a show.

But Holly Willoughby all but confirmed fan’s suspicions on Dancing On Ice.

“Right John Barrowman Im only going to ask you this once. Are you or are you not moonlighting as a Kate Bush loving Unicorn?” she said.

John said he would never tell her even it was him behind the mask.

Then when Holly asked to borrow the outfit, he replied: “Youd have to rip it out of my closet if i had it.”

Who is Strictly 2020 star Maisie Smith?