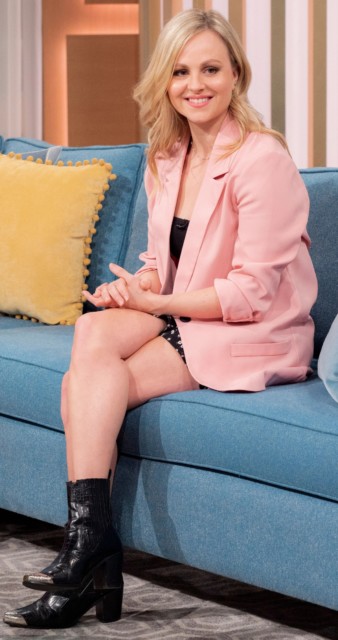 CORONATION Street star Tina O’Brien appeared on This Morning today – and fans we all saying the same thing.

As they opened with a montage of the star through the years many were astonished how little she’s changed in her 23 years on the show.

Tina first appeared aged 16, when she took over the role from Lynsay King back in 1999.

But astonished fans reckon she hasn’t changed a bit, with one tweeting: “Tina O’Brien doesn’t age at all, does she?” A third said of the star, who had a seven-year-old that she “doesn’t look old enough” to have a child that age.

Alison welcomed the star – recently in the news for allegedly smashing ex Ryan Thomas’s Range Rover – saying: “We feel really privileged today because obviously you don’t do that many interviews.”

They watched a clip of Carla talking to Sarah in tonight’s episode of Coronation Street about stalker Lydia.

She says: “Something about what Lydia is saying is not sitting right with me. Never have I felt physically threatened by him. Yet Lydia has. It’s just weird.”

Gasping This Morning‘s Alison asked: “Is she going to click on?”

Tina said: “I think so, I hope so. I think Sarah loves Carla’s advice, she looks up to her. So hopefully she will listen.”

Asked what will happen next, she added: “Something goes on with Adam and Lydia and it’s all going to go off. A woman scorned and all that.” Who is Coleen Nolan’s son Shane?