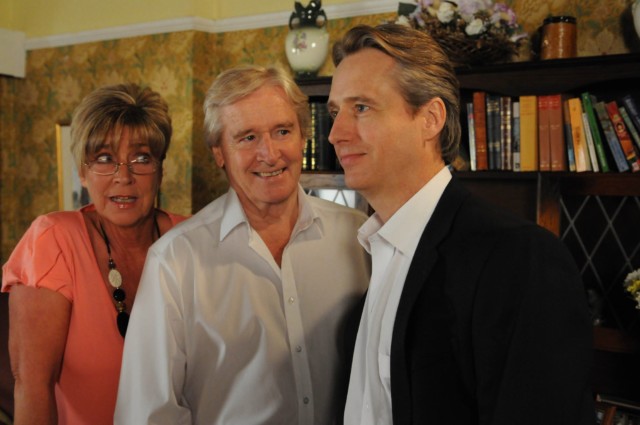 MANY of Coronation Street’s fan-favourite characters grew up on the soap and donned several faces over the years as soap bosses changed the actor playing the role.

So what happened to the original child stars of the ITV soap? Here’s all you need to know for a trip down memory lane…

Peter Barlow has had several different faces over the years.

The fourth actor to play Peter was Bill Roache’s real life son, Linus Roache, who appeared on the soap in 1973.

Linus quit Corrie in 1975 and went on to become a member of the Royal Shakespeare Company.

He then made his way into film and played Batman’s dad Dr Thomas Wayne in 2005 flick Batman Begins and Michael Cutter in the American TV series Law & Order.

But he couldn’t keep away from the cobbles forever and returned in 2010 as Laurence Cunningham, Ken’s long-lost son. Young actor Alex Bain joined the cast of Coronation Street back in 2008 as five-year-old Simon Barlow.

Alex has had a number of challenging storylines over the years including bullying his mum Leanne when he discovered she’d previously worked as a prostitute.

Alex, now 14, is still on the soap, having bagged Best Young Performance at the British Soap Awards in 2011 and 2012. Lynsay departed from the soap in 1999, having experienced bullying at school as a result of her fame.

In 2004, she revealed she’d quit a drama course and was working behind the counter at Greggs in Manchester suburb Droylsden. Ashleigh played the first of three Sophie’s, from the character’s birth until Emma Woodward took over in 1997.

Ashleigh might have left the cobbles, but she was eventually hired by the BBC as a junior web designer in Manchester. Dawn played the part from 1988 until 1995, with a number of guest appearances during the following years.

She eventually lost out to actress Kate after re-auditioning for the part in 2002, and tried her hand at being a nightclub DJ instead. Sam Aston has played Chesney brown in Corrie since 2003

Sam Aston first appeared on Coronation Street in 2003 and is now one of the nation’s favourite soap stars after 17 years of playing the lovable Chesney Brown.

Sam has tackled storylines including his relationships with Katy Armstrong and Sinead Tinker as well as the death of his beloved dog Schmeichel.

But his biggest challenge came at the end of 2019 when on-screen girlfriend Gemma Winter gave birth to quads while stuck on a cable car high up above the Welsh town Llandudno.

Did you miss our previous article…
https://www.hellofaread.com/soap-opera/eastenders-tamzin-outhwaite-shares-rare-photo-of-daughter-marnie-8-as-she-reveals-fears-shes-a-terrible-teacher/

What is a general election and who can vote?

Britain WON’T be plunged into fresh Covid lockdown but No10 is ‘concerned’ about rising...

Every visitor to Britain will be counted in and out under new high-tech border...