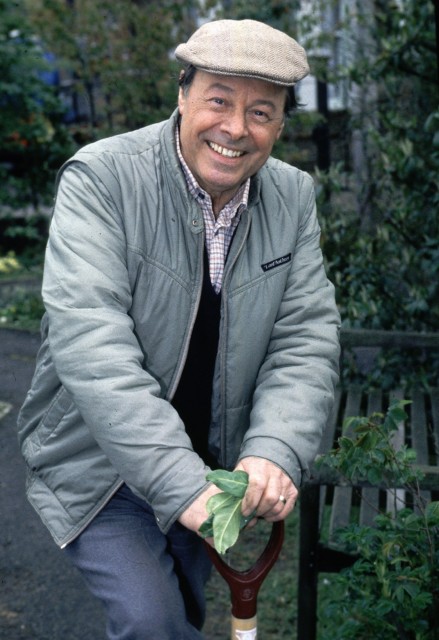 EASTENDERS has celebrated a number of iconic characters since it first hit our television screens back in the 1980s.

None more so than the members of the Fowler family, who were part of the original cast line-up on the long-running BBC One soap.

Holding the title of the longest serving family in EastEnders, the Fowler’s were first seen in 1985 during the first episode of the show.

Viewers were introduced to Pauline and husband Arthur – played by Wendy Richard and Bill Treacher – at the head of the family.

They were linked to the Beale family via matriarch Pauline – the twin sister of Pete Beale, who later became the father of much-loved character Ian.

The Fowler’s influence in Albert Square was able to spread far and wide thanks to their children – Martin, Mark and Michelle.

Throughout their almost four-decade-long feature on the show, the family have had a number of explosive storylines.

From affairs to underage pregnancies – murders and epic fall-outs, there has been plenty of drama to keep audiences entertained.

Dozens of members of the family, and the actors who have portrayed them, have come and gone since the 1980s.

From Netflix success to a tragic death, we take a deep dive into where the stars who played the iconic roles are now.

Actor Bill Treacher portrayed Arthur Fowler for 11 years on the soap – and was the first person to be cast for the show.

Now age 91, the star has featured in a number of roles since his debut on EastEnders more than 37 years ago.

Fans will likely have spotted Bill in a variety of drama’s including ITV police drama The Bill and medical series Casualty.

Aside from his TV career, the star has had success in the film industry, appearing in George and the Dragon and Tale of the Mummy.

In recent years, the father-of-two has revealed how he has been suffering from ataxia, a degenerative disease affecting his ability to walk.

The actor has had to fully retire and rely on a wheelchair to move around due to the severity of his health troubles.

He also launched an attack on EastEnders recently, slamming it as “a load of old rubbish these days” – noting that he no longer watches it.

Instead, Bill spends his time enjoying the company of his wife, Australian actress Katherine Kessey, and their children Jamie and Sophie.

Bill, now 91, played Arthur since the soap began in 1985He was joined by his on-screen wife Pauline

Wendy rose to fame as Miss Shirley Brahms on the sitcom Are You Being Served? – where she was part of the cast from 1972 to 1985.

The actress went on to star in ITV1 comedy Benidorm, where she played wheelchair-bound grandmother Sylvia.

She reprised her role as Pauline Fowler in a charity special with Doctor Who and EastEnders shortly after departing the soap in 2006.

In 2008, she also starred in A Pocket Full of Rye of the Agathe Christie’s Marple TV series, where she played the character Mrs Crump.

It was her final role before the actress tragically passed away in 2009 aged just 65.

Wendy was appointed an MBE in the millennium honours shortly before her death, and wrote an autobiography about her career.

“Looking back on my career, I’ve virtually no regrets,” she wrote in Wendy Richard No S: My Life Story. Mark’s role was played by two different actors – but it was David Scarboro who first joined the cast in 1985.

The troubled actor was at the heart of a number of scandals, and departed the soap after refusing to partake in a racist storyline.

Rumours swelled that the actor had been fired from the show after being uncooperative on the set during filming of the scenes, turning up late.

The actor sued many major news outlets for libel following his departure from EastEnders, before he sought help from a psychiatric unit.

David’s life was tragically cut short after his EastEnders fame when he was found dead in East Sussex in 1988, aged just 20 years old.

Todd Carty took over the role after the tragic death, and became a firm fan favourite for his 13 years on the soap.

After leaving the Square in 2003, Todd, 58, went on to play PC Gabriel Kent in The Bill, and took part in Celebrity Masterchef.

He later competed in the 2009 series of Dancing On Ice, where he was dubbed as one of the “worst contestants ever”.

Away from the screens, Todd shares his two sons – James and Thomas – with his long term partner Dina Clarki. Mark actor Ned Porteous shot onto screens in 2016 for a short period before he quit the soap and moved over to ITV show Emmerdale for a two-year contract.

The actor has had many fans convinced he may return to Albert Square after his character walked away in tense scenes back in 2017.

Fans might recognise Ned, 27, from his starring role in Netflix drama Bridgerton, where he played Lord Wetherby.

He sent his following wild before starring in the show with a behind-the-scenes snap of him, joking he would be playing “Lord Fancypants”.

The actor is likely to star in the second series of Bridgerton, which returns to the streaming service in March. Ned shot onto screen in 2017 as Mark Fowler Ned went on to star in hit Netflix drama Bridgerton

Michelle was played by actress Susan Tully, who appeared in the first ever episode of the soap back in 1985.

The single mum departed a decade later to pursue a career as a producer and director working on ITV projects.

Susan, 54, worked behind the camera on Too Close, and has also been part of Tracy Beaker, Silent Witness, Line of Duty and Strike: Lethal White.

When Susan left the soap, Michelle’s role was taken over by Jenna Russell, 54, who is part of the Royal Shakespeare Company.

The theatre star has played Dot in Sunday in the Park on the West End, and has received an Olivier Award thanks to her musical roles.

Jenna was also nominated for a Tony Award thanks to her performance as Sarah Brown in West End production Guys and Dolls. Susan played Michelle until she left to chase other acting projects She has since starred in Tracy Beaker, Silent Witness and Line of Duty

Martin was played by actor James Alexandrou for more than 12 years before he left the show to chase other acting opportunities.

His character had a number of dramatic storylines, including affairs, underage pregnancies and even murder, when he killed Jamie Mitchell.

James, 36, left his acting role in 2007 before he went on to present BBC Three show Bizarre Crime and star in Silent Witness.

He enjoyed a brief relationship with his EastEnders co-star Kara Tointon, who played Dawn Swann, before they parted as friends.

James Bye took over from the original actor, who joined the cast in 2014 and has remained on the set ever since. Vicki has been portrayed by a number of stars throughout the character’s lifespan – and most recently by Scarlett Alice Johnson.

The 36-year-old has been spotted in a number of other TV shows, including BBC Three comedy Pramface until 2014.

After leaving EastEnders, she returned to screens in 2008 in drama Adulthood, where she played iconic young character Lexi.

Outside of her acting work, Scarlett married her co-star Sean Michael Verey in 2017, who she welcomed her only child with shortly after. Scarlett went on to act in urban drama Adulthood

Actress Jade Sharif took on the role of Bex back in 2005, where she was a part of the cast for a two-year period.

She went on to have a successful acting career, starring in the three-part ITV series Fallen Angel in 2008 as character Lucy Appleton.

Jade, 22, quit acting shortly after in order to focus on her studies, having shared her hopes to become a doctor in the future.

She was replaced by Jasmine Armfield, who has been nominated for Best Soap Actress at the TV Choice Awards thanks to her portrayal of Bex.

Jasmine, 23, stepped back from the soap in 2020 before appearing in an episode of BBC soap opera Doctors as Layla Roberts. The star has hopes of one day becoming a doctor

Coronation Street’s cast are keeping in touch with a ‘virtual bar’ and pub quizzes...