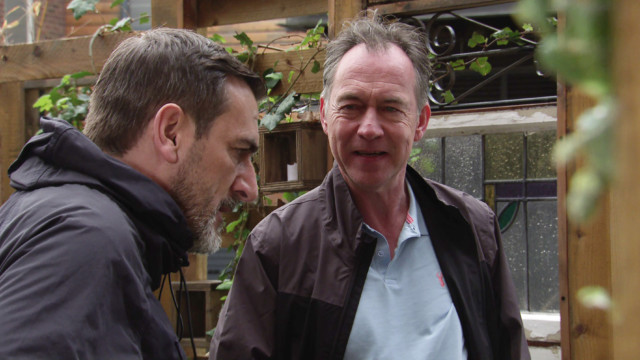 The new Coronation Street villain is portrayed by Dominic Mafham whom viewers may recognise for his many other TV credits. The actor was seen in many other TV shows including Grantchester

Peter Barlow (portrayed by Chris Gascoyne) survived a life-threatening alcohol addiction but life in Weatherfield is perpetually rocky for its residents.

The cabbie trusted Dr Henry Thorne for another surgery in recent weeks and came to regret it when it was revealed he had made a joke of the procedure.

Unfortunately, Peter landed himself into plenty of trouble when he punched the surgeon in a restaurant.

Since then, both characters have been at each other’s throats amid an intense feud – and Corrie fans are likely to see more of the evil medical expert. This wouldn’t be the first time Dominic Mafham made an appearance on TV screens and he’s quite familiar with the world of soaps.

A regular face on the box, the 54-year-old has appeared in multiple shows, with one of his most notable appearances being in the role of Charles Kruger in the BBC series Killing Eve.

But Coronation Street is not his first walk in soapland as he has appeared in rival shows The Bill and Casualty.

Dominic was seen in another ITV drama, Grantchester, as St John Gurney-Clifford.

In the 1990s, Dominic appeared in 24 episodes of Castles as Matthew Castle.

Dominic could also have been accustomed to playing the roles of doctors due to his appearance as Dr Andrew Argyle in Always and Everyone from 2000 to 2001.

But it looks like he could be staying in the cobbles for quite some time as his Dr Thorne’s rivalry with Peter Barlow continues.

Another confrontation took place in recent instalments of Coronation Street.

Blinded with rage after a comment made by the doctor, and a life-changing offer he has failed to put his hands on, Peter lashed out and shattered Thorne’s windscreen.

Fans suspect it could all come to a head and Peter is likely to murder Dr Thorne. What’s next in store for the sworn enemies? From Killing Eve to Casualty, Dominic has a impressive range of TV credits Did you miss our previous article…
https://www.hellofaread.com/soap-opera/emmerdale-spoilers-matty-barton-turns-violent-as-he-hides-shock-secret/

Meghan Markle ‘could be whisked away for 40th birthday getaway by Prince Harry’ to...

EastEnders’ Kellie Bright, 44, spotted for the first time since announcing she’s pregnant with...

Martin Lewis explains how you could be due back £100s from tax on PPI...

Inside top secret plan to save Royal Family from nuclear strike including ferry, yacht...