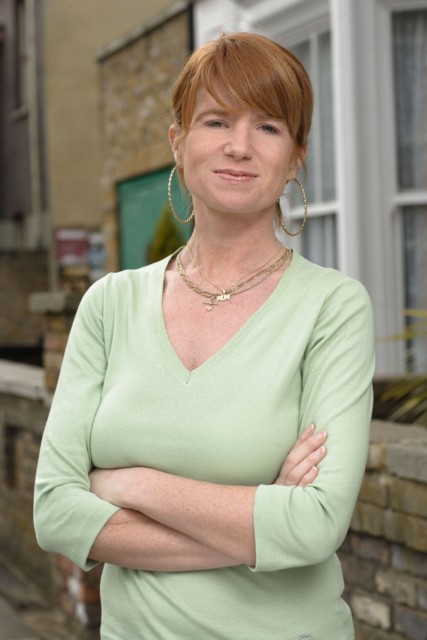 THE Jacksons made history when they arrived in EastEnders in 1993 with them being the original nightmare neighbours.

It only took a few years for the nation to fall in love with Carol Jackson and her brood and they soon became Walford legends.

But what happened to them all and where are they know?

Eldest daughter Bianca has been played by Patsy Palmer since day one – and she is the most famous of all the Jacksons.

Bianca was all set for a return last year for Whitney Dean’s murder trial but the covid pandemic put a stop to that.

And after actress Patsy made headlines after storming off Good Morning Britain – via Zoom – because they mentioned her being a former addict while she was trying to plug her new business.

She later went on a rant about the show on social media.

Patsy currently lives in California with her husband and children. Sonia is the last remaining Jackson in the show

Sonia Fowler is the currently reigning matriarch of the Jackson family – or what’s left in them.

Played by actress Natalie Cassidy she is the only Jackson left.

Her high profile storylines included her teenage pregnancy, coming out as bisexual and supporting her daughter Bex through her suicide bid.

She took an extended break earlier this year, leaving in January, but she will be back on screens soon.

Natalie went on to release a best-selling fitness DVD but later admitted she regretted it because it fed into her yoyo dieting.

In 2010 she had her own Channel 4 reality series called Becoming Mum. Alan was played by Howard Antony in the BBC soap

Alan gave the family their name – despite not being married to matriarch Carol.

The plumber held the family together by sticking around where none of Carol’s exes – the fathers of her three eldest children – had bothered.

They shared son Billy together.

Actor Howard Antony played the role from 1993, arriving alongside his new on-screen family.

He reprised his role for a handful of episodes in 2010 as Alan discovered the death of his son Billy and attended his funeral.

After leaving the soap, Howard has appeared in a short film and a crime drama. Dean Gaffney played Robbie on and off for almost 30 years

Robbie Jackson was played by Dean Gaffney in EastEnders.

While Robbie’s on-soap behaviour saw him become a trouble market, a dog owner and later a market inspector, Dean’s off-set behaviour got him into trouble.

Hitting the headlines for partying too much, the star made a name for himself as a womaniser.

Dean left the show abruptly in 2019 after bosses axed him over concerns about his off-set behaviour.

But over the years he had the most stints on the soap.

He was later axed, and called his firing “harsh”.

“I took on board what they said and I 100% respect their decision,” he said.

“I did think it was harsh, but then I understand they had to act on it.”

He added: “Sometimes in life you have to hold your hands up and admit what you’ve done wrong and own your s**t.” The matriarch of the Jackson family burst onto screens in 1993 with partner Alan and her four children.

Brought in as Dot Cotton’s replacement in the launderette, Carol was quickly joined by her family in situ on the square.

Her high profile storylines saw affairs, the death of her son and a cancer battle.

Actress Lindsey quit the soap after her third stint in 2015, leaving the show behind for good.

She went on to star in The Level, Bulletproof and The Bay. Billy was played by Devon Anderson in the BBC soap

He arrived with his family in 1993 and stayed until 2007 when the family left Walford.

He was killed off in 2010 when Billy was found having choked on his own vomit.

Devon has appeared in small roles since then with an episode of Casualty being the most high profile in 2018.

We test oven chips including Aldi, M&S and Aunt Bessies to see which ones...

I’m A Celeb fans are all saying the same thing about EastEnders’ Adam Woodyatt...