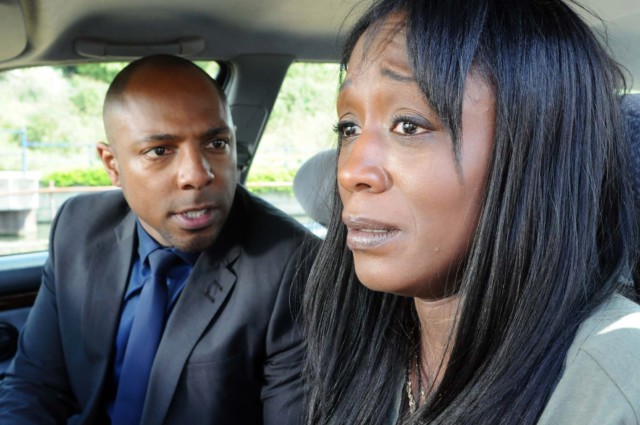 EASTENDERS’ serial killer Lucas Johnson made his ex Denise Fox jump out of her skin this festive season when he rocked up in the Square.

But who did the preacher turned murderer – who is played by actor Don Gilet in the BBC soap – kill before he was sent to prison in 2016? Here’s everything you need to know about Lucas’ murder count…

Lucas murdered five Walford residents before he was locked up

Who did Lucas kill in EastEnders?

Lucas was sent to prison in 2016 after his killing spree saw five Walford residents lose their lives.

His reign of terror began in 2009 when his ex Trina went to meet him at the allotments, where Lucas ended up impaling and murdering her on a rake.

After Denise’s ex Owen discovered Lucas’ killer secret, he threatened Lucas and ordered him not to marry Denise.

But Lucas was having none of it and drove Owen away from Walford, where he saw red during a furious showdown and strangled him with a bow tie.

Lucas also murdered three prostitutes named Sugar, Jade and Gemma during his time in Walford, which took his murder count to five.

Lucas later framed Denise for his sick murders before faking her suicide and keeping her locked in a basement for months.

Unfortunately for Lucas, she eventually managed to escape and expose his crimes.

Lucas murdered his ex Trina with a rake at the allotments

Why has Lucas returned to EastEnders?

EastEnders fans were stunned to learn that Lucas was out of prison and back in the Square – but even more shocked to discover he was know living with his daughter Chelsea.

The reasons for the duo’s returns are not yet clear, and viewers will have to tune in to find out what’s brought them back to Walford.

Speaking about his return, actor Don told HOAR Online: “I’m thrilled and honoured to be asked to breathe life once again into such a complex, controversial and divisive character but, most importantly, to have another opportunity to work alongside one of the UK’s finest actors, Diane Parish.”

He added: “I feel blessed.”

EastEnders’ executive producer Jon Sen added: “Bringing back Don to the Square has been on our wish list for some time now as there’s definitely some unfinished business with Lucas and he certainly hasn’t let Denise go.

“His reign of terror put him firmly up there with Walford’s biggest villains and I can’t wait for audiences to watch his return unfold.” Lucas’ daughter Chelsea has also returned with her dad

Will Lucas kill again in EastEnders?

EastEnders has teased that Patrick will grow determined to protect Denise in the new year and go to great lengths to warn Lucas away.

But Patrick’s intentions to protect Denise will have disastrous consequences, leaving Denise furious and Patrick heartbroken.

The soap has teased that a knock on the door will then see Patrick end up in grave danger.

Will it turn out to be Lucas arriving to murder Patrick?

EastEnders are yet to confirm Patrick’s fate, but that hasn’t stopped fans fearing he could be Lucas’ next victim.

One viewer tweeted: “Lucas is already plotting to kill Patrick.”

Another worried fan added: “I hope to god Lucas doesn’t hurt Patrick, but I feel like it’s going there #EastEnders.”

#EastEnders If Patrick takes things into his own hands he needs to be careful. Lucas woudent be someone that you could take down singlehandedly. Patrick needs the help of a hardman to help bring Lucas down. IE:- Phill .

Parents to get 30 hours free childcare until October even if their income has...

Boris Johnson says Xmas will be ‘considerably better’ than last year as he blames...