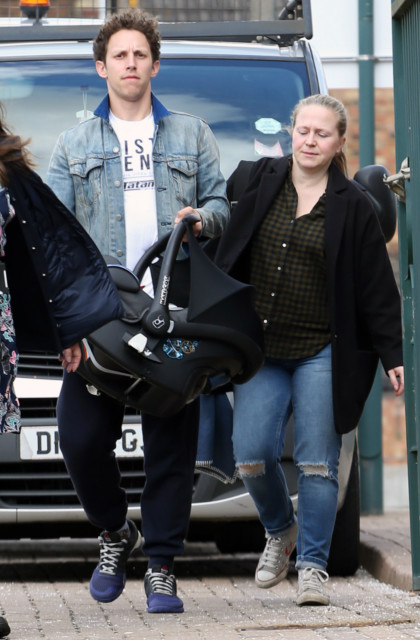 EASTENDERS star Kellie Bright has shared the heartwarming news that she is pregnant with a third child.

The actress, 44, and her husband Paul Stocker are set to welcome the baby in August 2021. Here’s more about Paul, who has his own successful acting career…

Paul Stocker is a British actor

The Manchunian native is known for his role in Atonement 2007 with Keira Knightley and James McAvoy.

He also had a starring role in BAFTA award winning Mark of Cain.

He has also appeared in numerous stage productions, including Two Noble Kinsmen, The Curious Incident of the Dog in the Night Time and Six Degrees of Separation.

On TV, Stocker appeared in EastEnders back in 2016 and has featured in The Rack Pack and Lemon La Vida Loca.

When did Kellie Bright and Paul Stocker get married?

The actress met Paul when they were starring in a play together. He was just 24 and she was 31.

They married in 2014 but split up for two months before their wedding.

The pair wed in an intimate ceremony in the tiny town of Trelill, Cornwall. The pair have two sons together

How many children do they have?

And Kellie has announced she is expecting her third “miracle” child after undergoing IVF.

The actress spoke to OK! Magazine about her decision to try for a third child.

She said: “It has nothing to do with the boys not being enough – they absolutely are. It’s just I never felt like I was done.

“I always had an itch, a desire to have more. My husband and I went round in circles for a couple of years deciding whether or not to just go for the third.

“I have a demanding full-time job and the reality of having a baby and a toddler within all of that is overwhelming, and we weren’t quite ready.” Stocker appeared in EastEnders back in 2016

Youngest son Gene had some complications after birth, and was hooked up to a ventilator after he contracted bronchiolitis, a respiratory tract infection.

Kellie revealed to  OK! magazine; “He had a nasty cough but the doctor assured me he’d be fine. Then suddenly he went downhill so we rushed him to hospital.

“He had to spend a few nights in hospital on oxygen but he’s home now and on the road to recovery.”

Video games that take the longest time to beat and one takes 693...