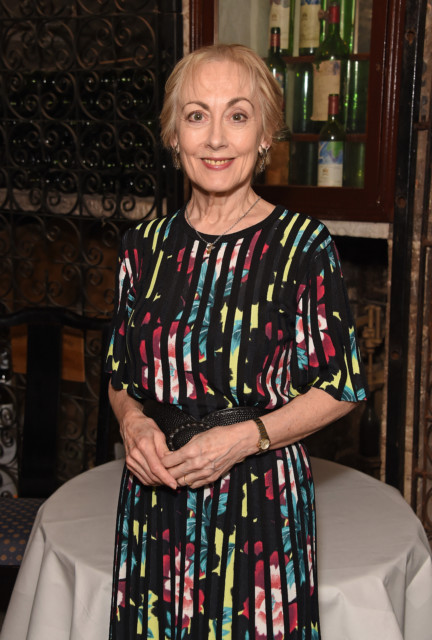 ELAINE Jones’ sudden arrival on Coronation Street may have struck some fans with deja vu.

TV legend Paula Wilcox – who plays Elaine on the ITV soap – appeared on the show 51 years ago in a completely different role. Here’s the lowdown on the actress…

What has actress Paula Wilcox starred in?

Actress Paula Wilcox has been a fixture on our screens for decades and first appeared on the cobbles in 1969 as Janice, the youngster sister of Tracy Barlow’s father Ray Langton.

The actress went on to star in a number of 1970s sitcoms including The Lovers and the sitcom The Liver Birds.

More recently she appeared in Upstart Crow , Mount Pleasant and Boomers, and from 2007 to 2008 she played the role of Hilary Potts in Emmerdale. Paula Wilcox previously appeared in Corrie in 1969 as Janice

Speaking on yesterday’s Lorraine about her previous appearance on Corrie when she played Janice, Paula recalled: “I was 18, I was playing a 15-year-old but I was 18, I could obviously remember what it was like to be 15 and a rebel.

“I think I was called Janice, she had escaped from a borstal of some sort.

“She was on the run and she comes to find her brother Ray to get some money out of him and then continue on her merry way, and she disappeared a couple of weeks later. So I was in it for three weeks.

“It was just about one of the first jobs I ever did, so it was really thrilling, actually. The whole thing was gob-smacking.” What has Paula Wilcox said about Elaine and Tim in Corrie?

Elaine was previously called Philippa but changed her name after fleeing from her abusive marriage to Geoff.

Discussing what her character Elaine can expect from her reunion with Tim, Paula said on yesterday’s Lorraine: “It’s very odd because she sees Geoff and Tim on the Street the first time she ever sees them and she assumes that he is Tim.

“Then later on, she does actually meet him but he doesn’t know who she is.

“He is quite brusque with her and then he doesn’t believe her, then it’s very, very tough because all of a sudden she’s been this heroine to Yasmeen, and she feels like… I’m out there and facing down some of these demons and still I really don’t want to face Geoff.

“But I’m sure that my boy will, as soon as he sees me, fall into my arms and say: ‘Mum, where have you been all my life!’ and that doesn’t happen.”

She continued: “I think it’s a big, big shock – that’s a real step back in a way. She’s taken baby steps forward and that’s a real knock in the face again. So, she’s right back down on the ground.” What has Paula Wilcox said about Geoff’s downfall?

Paula Wilcox has teased that there will be a “big climax” to the ongoing Geoff Metcalfe storyline.

Speaking on yesterday’s Lorraine, Paula hinted that Elaine will have a key role in the conclusion to the storyline.

The actress teased: “There is a big climax coming, for sure. And I don’t think anybody will see that quite coming.”

Speaking to RadioTimes.com earlier this month, Ian Bartholomew – who plays Geoff – hinted that Elaine could expose dark secrets from the Metcalfe’s family history: “Geoff has basically lied to his son Tim for years about the relationship with his mother, Geoff’s first wife. I believe we’ll explore things with Geoff and Tim a little deeper.

“I always wanted to do that, it would be good to find out more about their past. It could be the key to how the story develops.”

11 EastEnders spoilers for next including Gray’s breakdown

How to make a Roblox shirt template