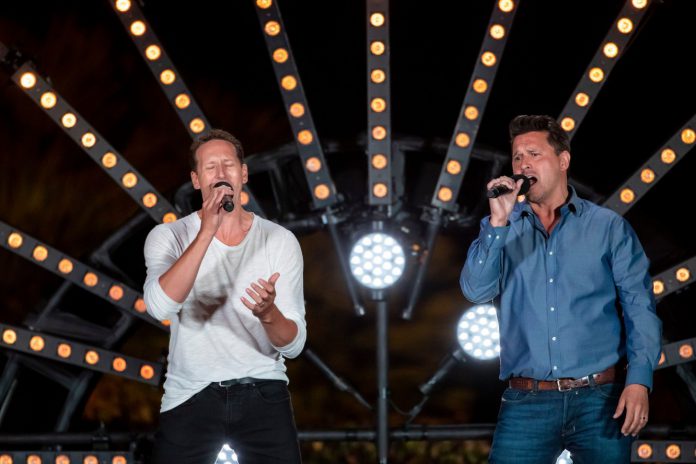 THE X Factor: Celebrity fans have slammed the show for “stitching up” Jeremy Edwards and Hayley Hasselhoff as they sent just two acts home out of 15.

Viewers were furious when only two acts were rejected, with even The Chase’s Jenny Ryan coming back to sing in the finals despite initially being eliminated.

Former Hollyoaks star Jeremy – who was partnered with ex Strictly pro Brendan Cole – was slated by the judges.

One furious fan accused ITV producers of stitching the celebrities up, writing: “#XFactorCelebrity has genuinely stitched up Brendan Cole and Jeremy Edwards. And Hayley Hasselhoff.

“Asking them to take part and then telling them no and putting everyone else through anyway. 9 acts have no become 13. load of utter sh**e.”

Reacting to the news that Jenny Ryan will be returning, another wrote: “That makes Hayley not getting through even worse though #XFactorCelebrity”.
A third added: “So 13 out of 15 acts are in the live shows… they might as well have just put Hayley and Cole & Edwards through as well #CelebrityXFactor #XFactorCelebrity”

Quiz star Jenny Ryan stunned fans with her rendition of Queen’s Somebody to Love, but was unexpectedly cut from the second audition in the show last night.

But after considering the celebrities’ performances again, they decided to let Jenny through to the next round.

Meanwhile, Hayley has insisted her appearance on the show marks a “rebirth” of her singing career – despite being slammed by Simon Cowell.

Speaking on Lorraine to stand-in host Christine Lampard, she said: “You know what, the new format is so much fun.

“Everyone was so amazing to work with. It was kind of a rebirth to my music career.

“It gave me confidence again and I got to work on my voice as an adult. I have got a long way to go but I am really excited to see where I am going with this.”

The model said she hadn’t sung publicly for nine years before her performance of Someone You Loved by Lewis Capaldi.

Simon was less than kind about the performance, saying: “I think I would have translated that version as if it was in a musical, it was halfway between trying to sound like a record and something different.”

Nicole was more diplomatic in her comments: “I love your presence, it’s like a very strong, almost unapologetic presence when you sing so I love that confidence about you.”

Who is Wallace Wilson? Love Island 2020 contestant and personal trainer from Inverness