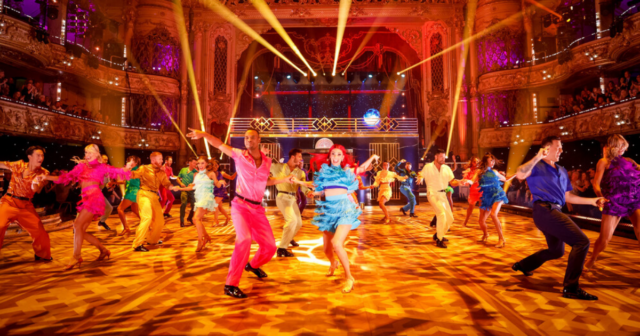 BBC bosses have made a major change to the Strictly Come Dancing schedule for its quarter-final week.

The main show has been swapped from its regular Saturday slot on December 3 to 8pm on Friday, December 2 because of the FIFA World Cup’s televised fixtures on the channel.

Strictly Come Dancing will air on Friday night next week

The results show will then air on Saturday at the earlier time of 5.40pm and be followed by a World Cup knockout game at 6.20pm – which will take the slot usually reserved for Strictly.

One celeb dancer who is guaranteed to make it through to that week is Kym Marsh, who gets a bye after being struck down with Covid ahead of Saturday’s show.

The actress, 46, has been forced to pull out alongside pro partner Graziano Di Prima.

A statement released yesterday read: “Kym Marsh has tested positive for Covid-19. As a result, Kym and Graziano will not be taking part in Strictly Come Dancing this weekend.

“Strictly Come Dancing protocols mean that all being well, they will return the following week.”

Kym brought drama to the dance floor last Saturday as she performed a powerful paso doble to We Found Love by Rihanna featuring Calvin Harris at Blackpool’s Tower Ballroom.

The star has already had one brush with illness this series.

She previously said: “I will pull myself through, it is only one of those 24 hour things and I think you have got to get out there and do it, no matter what.

“Even if you have bits dropping off you have to get out there!”

As well as health struggles, former Corrie star Kym has really struggled with her anxiety.

SE told how Kym had even contemplated quitting after a devastating anxiety attack left her frozen with panic and unable to perform.

The incident brought rehearsals to a standstill, and Kym admitted: “It just came over me, almost out of nowhere, and I couldn’t carry on.”

“It’s something I don’t mind talking about because I know it can affect anyone at any time.

“Sometimes it has been ages (since an attack) and then suddenly one just hits.”

Kym Marsh will miss this week’s show with Covid