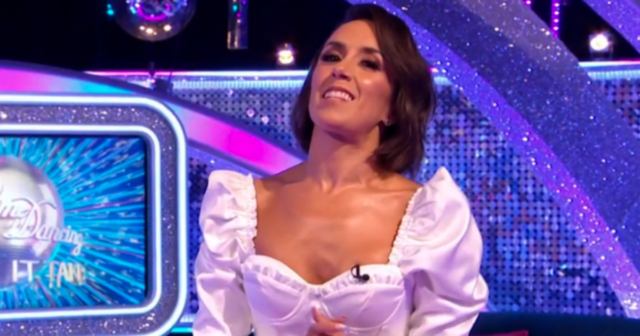 JANETTE Manrara left It Takes Two viewers distracted with her eye-catching outfit during the latest episode of the BBC Strictly Come Dancing spin-off.

Some viewers felt her playsuit was very “bridal” like

Janette, 39, wore a white puff-sleeved playsuit with a corseted neckline, which showed off her flawless legs.

The professional dancer also strutted around the studio in a glitzy pair of diamante stiletto ankle boots.

Viewers were left stunned and distracted by Janette’s daring wardrobe choice on the show, as they rushed to Twitter to share their opinions.

One fan wrote: “I’m not too sure about this look on Jannette.”

Another fan added: “Getting strong wedding vibes from Janette tonight, not sure I’m a fan of this look.”

A third noted: ” If anyone could pull this outfit off it’s Janette, but I’m not keen personally. Got to say her legs do look fantastic though.”

A fourth fan added: “Janette Manrara’s boots are the snazziest thing I’ve ever seen on the show, aside from Rylan.”

Despite some viewers being distracted by Janette’s bold choice of clothes on the show, some did actually approve of the boots she wore.

One viewer said: “Can we just appreciate what fantastic legs Janette has especially in those crystal boots. Wow.”

Another added: “LOVE those boots on Jannette!” 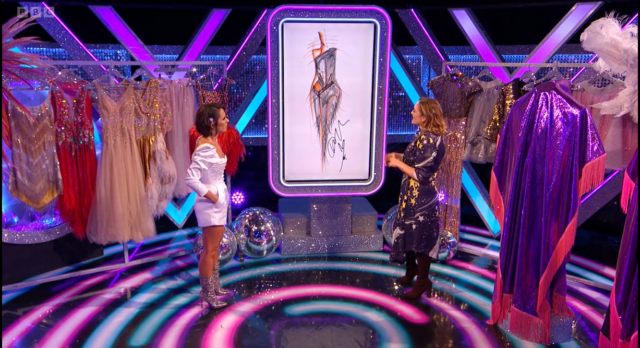 Despite viewers not being a fan of Janette’s outfit some did approve of her glitzy pair of diamante stiletto ankle boots.

General Election 2019 LIVE: Latest news and reaction as Tories tear ahead in new...