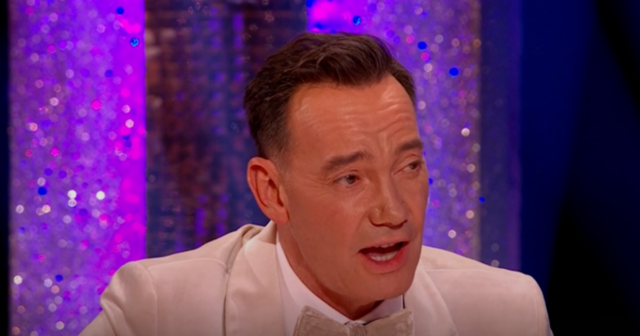 STRICTLY fans are convinced they’ve spotted a new ‘feud’ between judge Craig Revel Horwood and a male celeb after a harsh dig.

Craig, 57, is known for speaking his mid and issuing harsh critiques, but during tonight’s Blackpool special, he delivered one to a celeb who wasn’t even on the dance floor.

Will Mellor had wrapped up the show with a fun Samba routine, and Craig told him how good his hip movements were.

But he suddenly added: “There was so much hip content, I think you need to go backstage and teach Tyler a thing or two about that.”

Earlier in the evening, Tyler West had performed a Salsa but Craig said he had wanted better hip action from him.

His dig later on the show left Strictly viewers convinced he had a grudge against the radio DJ.

“On tv especially, i hope Tyler doesn’t take it to heart too much, i think he’s a brilliant dancer and him and Dianne are the most perfect partnership.”

Another added: “Not the first time Craig’s done this to Tyler. Remember when he told Tyler his “bottom was sticking out”! Watching the frustration and hurt in Tyler’s face, having to defend his physique was sad. He even felt like he had to make a joke of it to deal with it.”

A third tweeted: “Craig tearing into Tyler again! So heartbreaking watching him have to endure such comments that offer nothing.

“Criticism is important but there are better ways to explain decisions without bashing someone for reasons out of their control.”

Another simply wrote: “Ouch Craig has it in for Tyler

Strictly is available on BBC iPlayer.