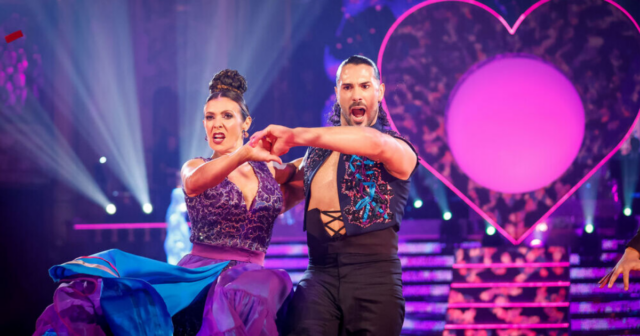 STRICTLY Come Dancing fans demanded the show scrap this week’s elimination after Kym Marsh was forced to pull out due to illness.

The ex Corrie star tested positive for Covid and will miss the Couple’s Choice round alongside pro partner Graziano Di Prima.

Kym, 46, will reenter the competition in the quarter final after it was moved to the earlier date of December 2nd to make room for the World Cup fixtures.

Some viewers claimed she has been given a “free pass” and one Strictly fan suggested: “I would rather they kept all couples in this week and had a double elimination the week after. Just to make it fair.”

Another remarked: “What would really be fair is no elimination this week and a double next week”

One more agreed: “This late in the game no, esp since she is at risk, they should just do a double next week

However, others argued she would have sailed through this week regardless, and one penned: “I think she would probably have made it through this week anyway- with the armour of a couples choice dance to a popular song & she seems to have a decent sized fan base as well judging for her poorer weeks after her shock dance off.”

Another said: “It’s it 100 per cent fair? Probably not. Can I think of a fairer way? No, but maybe people more clever than I could.”

Kym previously admitted how hard it can be juggling everything at the moment, telling SE: “Strictly has been the most brilliant experience already.

“It’s hard balancing it with my other jobs, as I’m filming Waterloo Road at the moment too and presenting  Morning Live.

“I really am knackered and I’ve had some physio because I’m aching all over the place, but it’s worth it.”

Kym had even contemplated quitting after a devastating anxiety attack left her frozen with panic and unable to perform.

However, Kym brought drama to the dance floor on Saturday as she performed a powerful paso doble to We Found Love by Rihanna featuring Calvin Harris at Blackpool’s Tower Ballroom.

Accompanied by supporting dancers, the actress and presenter moved fiercely across the dancefloor alongside her partner Graziano Di Prima to land a score of 33.

Shirley Ballas added: “I feel like you are in warrior mode. You are here and you are fighting.

“What I loved, it was so powerful but yet you still kept the femininity.” 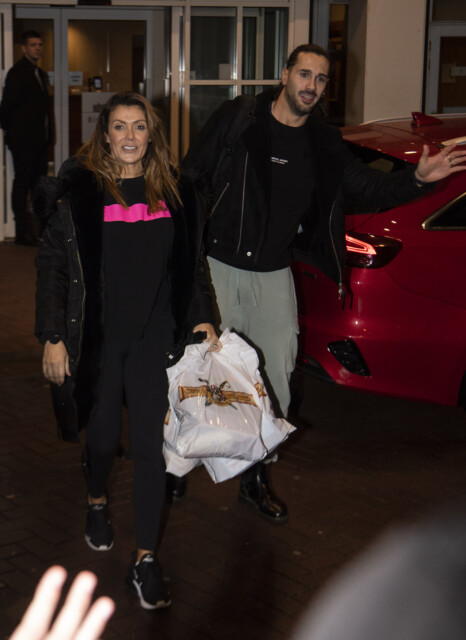 Molly-Mae and Tommy Fury wear matching black and white outfits as they go for...