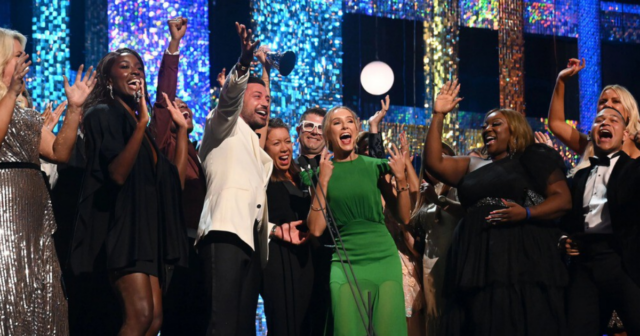 STRICTLY Come Dancing’s top boss has opened up about the “tensions” between the pro dancers when she joined the show.

Executive producer Sarah James said some stars “weren’t that grateful for the show” claiming several were even “suspicious”.

The TV boss – who previously worked on The X Factor and Britain’s Got Talent, took on the top job on Strictly in 2019 after five years on the show.

She told Huffington Post: “When I first joined Strictly, to be completely honest, there was some sort of tension among the dancers…

“There were some people that weren’t that grateful for the show, that were suspicious of the show, but since then, I think it has evolved and now the dancers are like a family themselves.

“They all get on really well and are really, really close and work really brilliantly together.”

She added: “I wonder also whether Covid changed how they thought about things as well.

“I’ll never forget when I did a big Zoom with them all during Covid to tell them that we were going to go ahead with the show, the relief they had that they could carry on dancing.”

Strictly always keeps a large rotating cast of pro dancers on its books, often tinkering with the line-up each series.

Some even switch between the various version of Strictly that have been sold around the world – often under the Dancing With the Stars name.

He is currently appearing on the British show with Fleur East – and will perform Couple’s Choice to a Destiny’s Child Megamix tonight.

Meghan Markle and Kate Middleton have ‘blind ambition’ in common – but a key...

BBC’s Nick Robinson slammed for ‘disgracefully’ cutting off and dressing down Boris Johnson in...