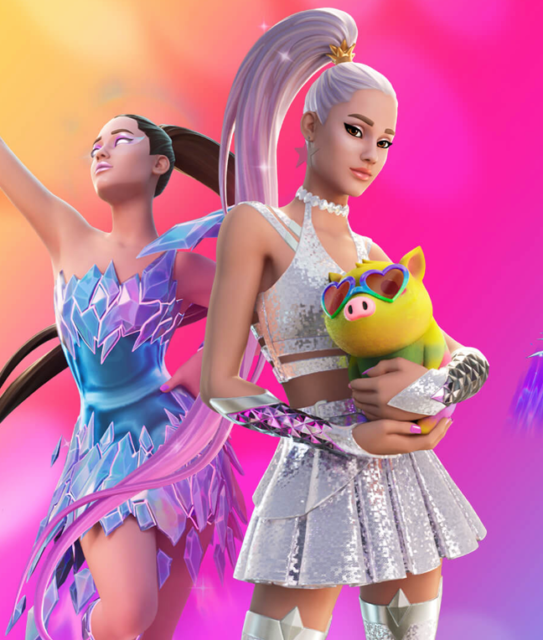 WANT to watch Ariana Grande’s virtual performance in Fortnite this week? It’s easy when you know how.

There are five events, all of which are totally free to view – as long as you have Fortnite and tune in at the right time.

New items are coming to Fortnite

All you’ll need is a copy of Fortnite Battle Royale on any platform, which doesn’t cost a penny.

The event is called the Fortnite Rift Tour, and takes place between August 6 and 8.

There are five different showings, and you can schedule when you want to attend with pals.

Epic Games says it’s best to arrive in Fortnite around 60 minutes before the showtime.

And the Rift Tour playlist should appear around 30 minutes before each show.

These are the event times:

As part of the event, there’s a new Ariana Grande outfit and Piggy Smallz Back Bling.

Other artists who have released or shown off content in Fortnite include BTS, J Balvin, Steve Aoki, Dillon Francis and Deadmau5.

Hit Netflix series Stranger Things is also mooted for a crossover, and this has been corroborated by a separate leak.

Of course, Epic Games hasn’t formally confirmed that any of these events are taking place.

But the company regularly hosts Fortnite events, so it’s likely there are big plans in the making.

How much money will Ariana Grande make from Fortnite Rift Tour?

Amazingly, Ariana could be set to rake in more than $20million with this virtual showcase.

Epic Games doesn’t disclose the exact details of its deals with stars who participate in their events.

But according to Forbes, Ariana Grande is set for a massive payday thanks to the Fortnite collaboration.

Estimates put a previous event by Travis Scott as earning him $20million in merchandise sales.

As Ariana Grande is an even bigger artist – with more fans and higher album sales – you would expect a bigger turnaround.

And it’s possible this could include a cut of sales of in-game items.

Plus it’s inevitable that the event will drive people to listen to Ariana Grande songs outside of the game – and potentially splash cash on real-world merchandise too.

Doing a virtual tour is also a great way to reach huge numbers of fans at a much lower cost compared to real-world gigs.

Although lots of effort goes into creating a compelling digital production, it’s inevitably smaller-scale than carting teams of people to stadiums around the world.

There’s an Ariana Grande outfit to bag in Fortnite

You can watch the show entirely for free

When will Lost Ark be released in the US?

Why Kate Middleton really is the thriftiest royal, from budget flights to being snapped...

Hollyoaks Joe Tracini reveals ‘really bad’ week where he planned suicide and was so...