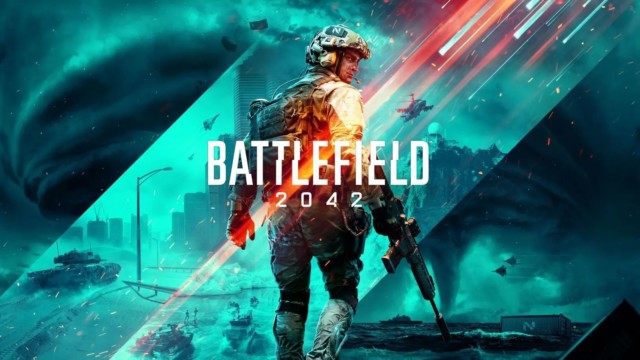 A NEW Battlefield game has been confirmed by publisher Electronic Arts, promising the biggest maps in the series’ history.

Out later this year, Battlefield 2042 will focus on combat and gadgets of the not-so-distant future – here’s what you need to know.

A new Battlefield game has been announced by EA

Battlefield 2042 is the latest game in the Battlefield series published by EA and developed by DICE.

The first-person shooter was announced June 9 following months of leaks and rumours.

More information will likely trickle through in the lead up to the game’s release later this year.

The game is set in the not-so-distant future

According to EA, online players can expect dynamic maps that change as you play, with weather events like storms dropping at a moment’s notice.

Multiplayer games will support up to 128 players, making for huge online skirmishes.

There’s also a mysterious new squad-based multiplayer mode called Hazard Zone. We’ll apparently learn more about that in the lead up to release.

“Battlefield 2042 marks the return to the iconic all-out warfare of the franchise,” EA said.

“Adapt and overcome dynamically-changing battlegrounds with the help of your squad and a cutting-edge arsenal.

“With support for 128 players, prepare for unprecedented scale on vast environments.

“Take on massive experiences, from updated multiplayer modes like Conquest and Breakthrough to the all-new Hazard Zone.”

Coronation Street fans stunned as David walks in on wife Shona cheating with her...

Why will the Royal Navy start to haul the Queen’s coffin at 10:44am?

What are the rules for travelling between Tiers at Christmas?