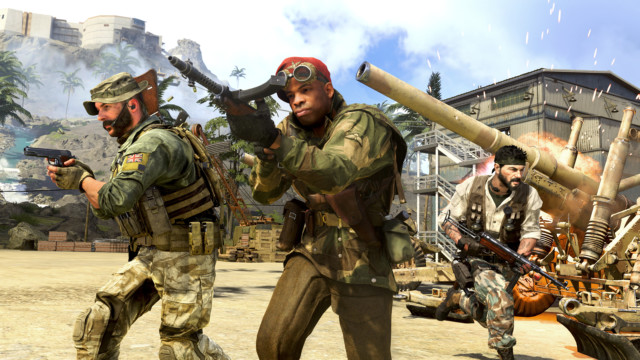 CALL of Duty’s creators are working on a “new Warzone experience” for 2022.

The shock revelation was buried at the bottom a blog post about “future plans”.

A new Call of Duty Warzone experience is coming soon

Game-makers detailed upcoming changes to Warzone, and even mentioned the next Call of Duty instalment.

That’s the sequel to 2019’s Modern Warfare title, in development by Infinity Ward.

But it also said that Warzone would be getting a revamp.

This includes an entirely new map for the popular Battle Royale mode.

“This year’s call of Duty is a sequel to Modern Warfare 2019,” said game-makers.

“The new game and a new Warzone experience are designed together from the ground-up.

“Expect a massive evolution of Battle Royale with all-new play space and a new sandbox mode.”

Activision confirmed that there would be a new Warzone map, as well as an additional sandbox mode.

This could potentially let gamers create their own versions of Warzone – with custom settings and more.

Call of Duty creators also confirmed that a new engine would power the new game release as well as Warzone.

And that both the new Call of Duty and the revamped Warzone are being developed by Infinity Ward.

It would be the second (or third, depending on your view) major update to Call of Duty Warzone since its launch.

The free-to-play game launched on March 10, 2020, just as rival games Fortnite and PlayerUnknown’s Battlegrounds were creating a surge in Battle Royale titles.

The game originally launched with a Russian-style map called Verdansk.

This was eventually replaced by Verdansk ’84, which saw the entire map time travel to Cold War springtime.

Ultimately however, it was the same map – albeit with major changes.

This was in conjunction with the release of the new Call of Duty Vanguard main title game.

It was a much bigger overhaul, totally replacing the old Warzone map.

And it’s possible that Activision may do the same again with the 2022 Warzone.

This would make sense if the 2022 Call of Duty is a Modern Warfare title.

Check out the best iPhone 13 deals.

Free school meals: Interactive map reveals how many kids in your area rely on...

Who is Labour MP Dawn Butler?