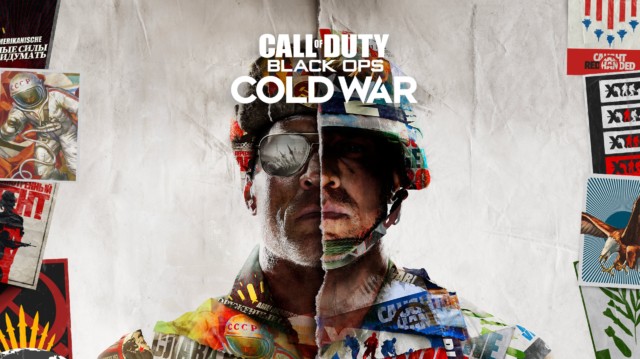 THE HOLIDAYS are right around the corner, and it appears even Call of Duty is getting into the Christmas spirit.

Leaked images posted to social media in recent weeks hint that one of Black Ops Cold War’s most popular maps is getting a holiday makeover.

Christmas theme lights have been added around the map along with a big red Christmas tree!

Hopefully they make it a night time map! pic.twitter.com/lLgsWBF57d

Nuketown, which has appeared in multiple Black Ops games, has been pictured covered in fairy lights and other Christmas decorations.

The images shared by various Call of Duty fan accounts since late November hint that the latest iteration of the map could be landing soon.

“Christmas theme lights have been added around the map along with a big Christmas tree,” @WarZone news wrote on Twitter last week.

Apparently, the screen grabs were captured after a bug accidentally revealed the upcoming map to a handful of lucky gamers.

The clip is a little laggy, however you can see Christmas decorations around the map and a big red Christmas tree!

Nuketown has been a Call of Duty favourite for years with the small map providing many adrenaline-filled battles.

It’s designed like a pristine neighbourhood that resembles a nuclear weapons testing area in Nevada.

A revamped version of the map has appeared in every Black Ops game since the first back in 2010.

Call of Duty developer Activision is expected to release the Christmas version with the launch of Season One of Cold War’s multiplayer mode.

That’s due for launch next week, on December 10.

And that’s not all. Separate leaked images hint that a night time version of the Christmas Numetown map is also on the way.

It appears to feature the same decorations mentioned earlier, but with players plunged into the darkness of night time battles.

Call of Duty is no stranger to giving maps a Christmas makeover in the runup to the Holiday season.

In previous years, engineers released a Winter version of the Call of Duty 4 map Crash covered in snow and Christmas decorations.

Last December, Docks (Winter) was released for Call of Duty Modern Warfare decorated with fairy lights and a Christmas Tree.

It’s not clear whether Activision will ever release the Christmas Nuketown map. The US firm has not confirmed that the leaked images are real.

Are you excited for the new CoD map? Let us know in the comments!

Did you miss our previous article…
https://www.hellofaread.com/technology/ghost-of-tsushima-is-20-off-in-brilliant-deal-for-ps4-and-ps5-owners/

Pokémon Scarlet review: It’s a buggy mess and still one of the best Pokémon games

Inside Faye Brookes Valentines New York break with boyfriend Joe one year after...

Tier changes: Matt Hancock to reveal what places will go into Tier 3 at...