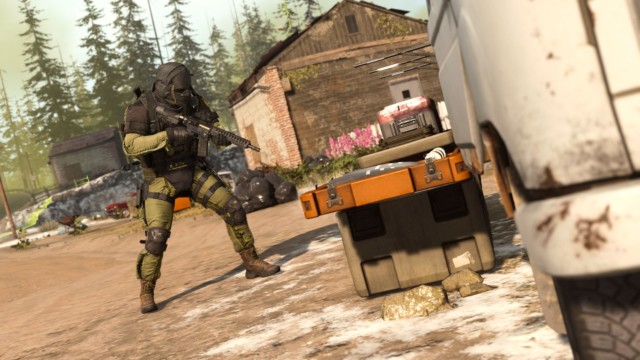 OVER 45,000 Call of Duty players have just been banned for cheating.

It brings the total of permanent bans for Warzone cheaters to a staggering 475,000 accounts.

Game-makers say the most recent ban-wave was for “fraudulent black market accounts used by repeat offenders”.

Activision added: “Removing cheaters and taking away their ability to alternate accounts is a key focus for the security teams.”

It’s part of a growing crackdown on Warzone cheaters, who cause chaos for legitimate gamers.

Cheaters employ a host of techniques to win games.

The situation is so bad at times that one pro gamer recently quit Call of Duty Warzone.

“We have zero tolerance for cheaters across Call of Duty and Call of Duty Warzone,” said Activision in a statement.

“Our focus is to combat both cheaters and cheat providers.

“We are also continuing our efforts to identify and address cheat providers at the source, who distribute unauthorised third-party software for modding or hacking.

“We are committed to delivering a fair and fun experience for all players.”

Activision says it has security teams monitoring Call of Duty 24/7 to investigate cheating.

And the company has promised to improve the interface for reporting cheaters in-game.

The game maker says all in-game reports are analysed and investigated.

If a player is found to be cheating – including using “hacks” – then bans will be handed out quickly.

According to Activision, the addition of two-factor authentication has invalidated “over 180,000 suspect accounts”.

And a host of unauthorised third-party software providers have been “eliminated”.

Activision also says it will be providing a regular count on the latest number of players banned.

It’s not the first that Activision has doled out mass bans.

Earlier this year, a further 60,000 players were banned.

This was followed by 30,000 players being banned.

Did you miss our previous article…
https://www.hellofaread.com/technology/the-last-of-us-ps5-remake-release-date-news-and-what-to-expect/

Boris Johnson’s successor must get a handle on the economy or face losing next...

Who is Dan Walker?