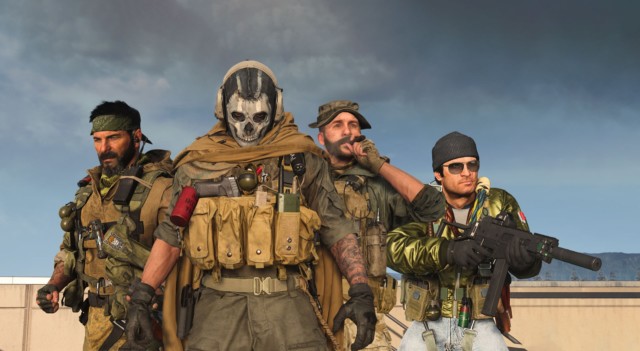 THE first major update for Call of Duty Black Ops Cold War is almost upon us, bringing with it the “largest free content drop in Black Ops history”, according to game developer Treyarch.

Tomorrow’s worldwide launch of Season One will bring a fresh Warzone map, new weapons and much more – here’s what we know so far.

What is Black Ops Cold War Season One?

Season One is the first major multiplayer update for the latest Call of Duty game, Black Ops Cold War.

Once the download drops, players’ progression and stats will synchronise across both titles.

In the blog post earlier this month, Treyarch excitedly talked Season One up as the “largest free content drop in Black Ops history”.

What to expect from Season One

Season One introduces major changes to both Black Ops Cold War and Warzone.

Warzone is getting a new map and mode, as well as two new Gulag battlegrounds for players to enjoy.

Rebirth Island is only the second map to hit the battle royale game since it launched in March 2020.

It’s smaller than Verdasnk – the game mode’s first map – with fewer players per game as a result.

Warzone fans will also benefit from the addition of more than 30 Black Ops Cold War weapons.

Players will be able to access Warzone from both the Modern Warfare and Cold War menus.

Black Ops Cold War, on the other hand, will receive a fresh suite of multiplayer maps – including Raid from Black Ops 2

On top of all that, Treyarch is adding new Zombies modes. Based on previous Call of Duty updates, Season One is expected to roll out at roughly 2am ET (7am UK time).

When Season One drops, players can expect a hefty file to hit their consoles that will likely take a fair chunk of time to download.

The most recent update to 2019’s Call of Duty Modern Warfare took up a whopping 50GB of gamers’ hard drive space.

That means the game now demands a total of 250GB of free drive space, rendering it unplayable on some PCs.

Why was Season One delayed? Season One was originally due for release on December 10 before Treyarch pushed it back by almost a week.

In a blog post announcing the delay, Treyarch said developers needed more time to prepare the “unprecedented amount of free content” on the way.

“We’re taking a few more days to finalise everything before unleashing this massive drop of new, free content to the community,” the firm wrote.

“The teams are currently prepping for the biggest Season One launch week ever seen.”

Are you excited for Season One of Black Ops Cold War? Let us know in the comments!

Queen is ‘sad not angry’ about Harry and Meghan bombshell Oprah interview – and...