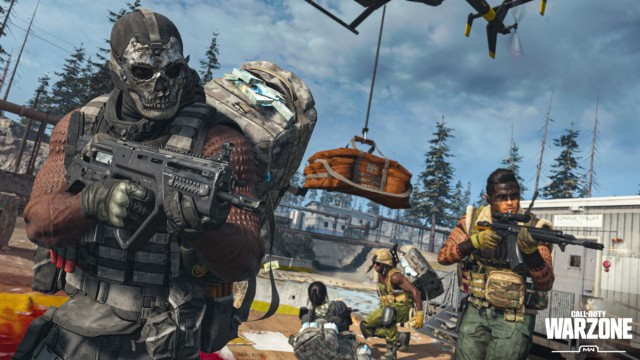 CALL of Duty players are frustrated with a new bug that forces them to constantly re-install a new update.

The Warzone mid-season update added loads of new content – but a recent hotfix update has cause some issues.

It means that they’re being asked to constantly update the game, even after installing it.

The new update went out on April 6, and stops some gamers from accessing Warzone.

Importantly, the bug only appears to affect consoles and not the PC version of the game.

Raven Software, which made the game with Activision, has confirmed that some players are experiencing issues.

The game maker admitted: “Some players on console are having to reinstall the update multiple times over.”

Fortunately, there is hope for frustrated gamers.

Raven Software has suggested a possible fix that breaks the update loop.

The official advice is as follows.

You should let both updates install, then launch the game as you would normally.

Next go to the DLC Management screen (R3) from the Main menu, or via the Settings menu.

Next install both Campaign Packs and Special Ops Packs.

According to game-makers, this should “resolve the update loop”.

And it means you’ll be able to play the game without having to constantly re-install an update.

Let us know if the fix worked for you in the comments.

Did you miss our previous article…
https://www.hellofaread.com/technology/you-can-get-gta-5-for-just-1-today-in-amazing-xbox-deal/

Ex On The Beach want Maura Higgins and Curtis Pritchard to reunite for the...