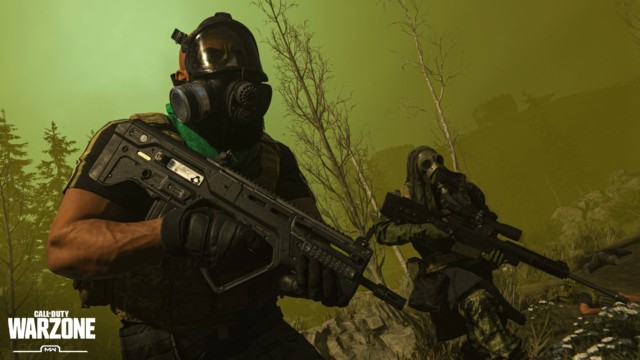 CALL of Duty Warzone is reportedly in line for a big upgrade when the next Xbox and PlayStation consoles roll around later this year.

The Battle Royale game mode has proved a smash hit since it launched in March and will apparently get a graphics upgrade to match the power of the upcoming gaming machines.

Sony and Microsoft have each confirmed that their consoles – the PlayStation 5 and Xbox Series X respectively – will come out in time for Christmas this year.

Both are expected to be powerhouses with masses of processing power that offers gaming at up to 8K resolution.

Now Infinity Ward has all-but confirmed that Warzone will be upgraded so it looks its absolute best on the new consoles.

In an interview with GamerGen on Sunday, the studio’s Taylor Kurosaki suggested the team will be working to update Call of Duty: Warzone in order to support the PS5 and Xbox Series X. Call of Duty: Warzone is free to play

“I know that our plan is Warzone is going to be around for quite some time,” he said.

“So as soon as those new systems are out and available I’m sure we’ll support them.”

No concrete plans have been announced yet, meaning details on the upgrade are a little light on the ground.

Based on specs revealed by Sony and Microsoft, we’re hoping for Warzone to run at 4K resolution – a capability of both upcoming consoles.

It may also play at 60fps, given super smooth animations and an all-round bigger and better gaming experience. We likely won’t know more until closer to the release of the Series X and PS5, which have been slated for a “Holidays 2020” release.

We’re expecting new God of War and Horizon: Zero Dawn titles to launch with the console.

What is Call of Duty Warzone?

Warzone is a new standalone Call of Duty game that’s free to play, even if you don’t own a copy of the shooter.

It pits 150 players against one another in a hectic battle to be last man standing and is available to download from March 10 on Xbox One, PS4 and PC.

Players form squads of three and the new mode supports crossplay, which means people on PlayStation and Xbox will play against one another.

There are two Warzone modes available: Traditional Battle Royale and a Plunder mode.

Battle Royale games take on roughly the same rules as Fortnite, with 150 players dropping into a huge map where they fight to be the last man standing.

As the match goes on, gamers are gradually eliminated and the map gets smaller via an ever-tightening circle of poisonous gas that you must dodge to survive.

Fortnite’s own Battle Royale mode helped make the game a huge success and it seems Activision, the studio behind Modern Warfare, is following suit.

The other mode, Plunder, has players collect as much cash as they can by looting items and stealing enemies’ money across the all-new map.

In other news, check out our guide to Call of Duty Modern Warfare season 3.

What’s your favourite load-out in Warzone? Let us know in the comments! What would an Irish Border look like after Brexit?

Britain’s Got Talent magician James Stott is a war hero who saved life of...

Test and trace app sends notifications warning users of ‘exposure to covid’ … but...