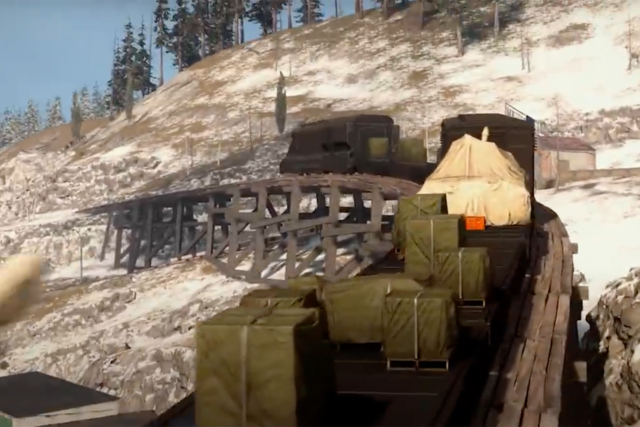 CALL of Duty is about to get a major update alongside the launch of Season 5.

Whether you’re playing Modern Warfare Multiplayer or Warzone, you’ll want to install this new patch as soon as it’s out.

Call of Duty Season 5 release date – when is it out?

You’ll be able to start playing the new Call of Duty season from August 5.

Usually the season won’t begin until the evening in the UK, and around midday in the USA.

There are no pre-installations available for Xbox One and PC.

But you can already download the Season 5 patch on PS4, coming in at just over 36GB. You can enter the Verdansk stadium for the very first time

However, even if you fully install the patch, you won’t be able to play until the new season formally begins.

Activision has revealed that Season 5 will see “the rise of Shadow Company”.

That’s a new warrior group of Tier One Operators in Verdansk – the familiar home of Warzone.

“An elite PMC, Shadow Company operates outside the boundaries of the original Armistice. Forged from the fires of in-fighting between the Coalition and the Allegiance, Shadow Company has a framework and agenda all of their own,” Activision explained.

They come as a trio, and will appear in Warzone games in a yet-to-be-specified capacity. There’s a new “Shadow Company” that will disrupt Warzone games According to Activision, they’ll be “disrupting” Verdansk throughout Season 5.

We’ve also heard teasers about other changes coming in Season 5.

For a start, we’re expected to see the entire roof blown off the stadium in Verdansk.

This significantly changes a central portion of the Warzone map, and will add new flavour to every game.

There’s also a moving train coming to Verdansk, with loot to be found on-board.

In other news, read the latest news on Call of Duty 2020.

Call of Duty Warzone is getting a graphics update for the next-gen consoles.

Who is Georgia Taylor and who does she play in Coronation Street?