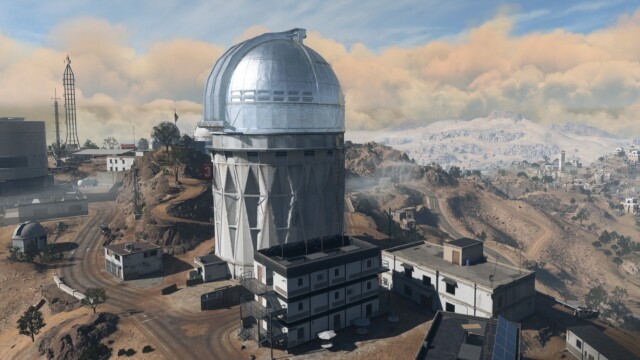 RUMOURS about a hidden nuclear weapon in Call of Duty Warzone 2.0 have been circling ever since the free-to-play game launched a week ago, and players have finally solved the mystery.

Al-Mazrah, the new map that was introduced with Warzone 2.0, brings a tonne of new features and its fair share of secrets for players to discover.

The new Warzone 2.0 map, Al-Mazrah, is full of surprises.

Almost immediately after the game’s release on November 16, 2022, players have been trying to find a rumoured hidden tactical nuke in the game.

The craze started when famous Twitch streamer TimTheTatman had a clip shared of him chasing another player in Warzone 2.0 up a narrow bridge.

The other player jumped into the water, and the clip cut to a video of a bomb exploding underwater.

To spark interest further, Warzone 2.0 developer Raven Software retweeted the video with the comment “So the rumours are true…?”

Fast forward one week, and we now know the tactical superweapon indeed exists in the game, and we know how to use it to win games.

How to get the nuke in Warzone 2.0

To drop a nuke in Warzone 2.0 is no walk in the park as there are quite a few steps to complete and requirements to fulfil.

Here’s everything you need to do in order to drop a nuke in Call of Duty Warzone 2.0.

First of all, you must win five Battle Royale games in a row; this already eliminates most players, but that’s precisely why the nuke is so hard to get.

Next up, you need to accept the Champion’s Quest, which will pop up on your map during your sixth game, provided that you won the previous five.

Once you initiate the champion’s contract, you need to go and grab the three chemical elements needed to build the bomb.

These are Beryllium, Plutonium, and Tritium and will be highlighted on the map for you.

The materials are extremely dangerous, each inflicting a unique penalty, so carrying more than one of them at a time will cause you a lot of trouble.

The best way to approach this step is to coordinate with your teammates, so each of you grabs one element to minimise the disadvantages these bring.

After you’ve gathered the chemical elements, you need to wait for the bomb site to be revealed – it will be at the centre of the final circle, so you’ll need to survive at least until the circles converge.

When it appears, the nuke assembly site will be marked with a yellow nuclear hazard sign on your map.

Go to the nuke site, put each of the three chemical elements into the reactor and then arm the bomb.

It’s not over yet, as this will start a two-minute countdown during which you’ll need to defend the nuke until it detonates.

Once the bomb goes off, the special Champions’s Domination victory is yours. It’s a tough one to pull off, but definitely worth the effort.

EastEnders spoilers: Isaac Baptiste reveals he has schizophrenia to a shocked Lola Pearce