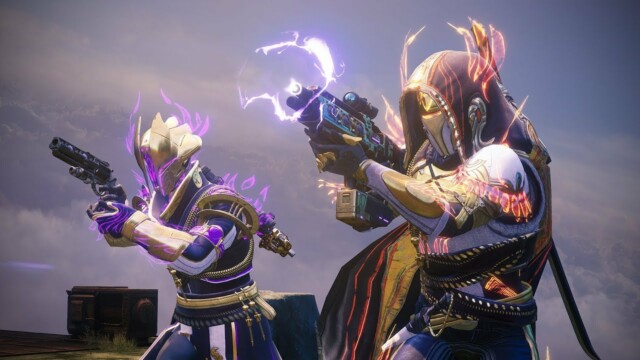 Destiny 2 developer Bungie has filed a lawsuit against a player who reportedly frequently cheats on stream and is claimed to have threatened to burn down Bungie HQ.

Luca Leone, who goes by inkcel on Twitter, is alleged to use third-party software to gain “an unfair advantage, without the skill or integrity to succeed at the game on their own merit.”

Bungie claims to have banned Leone several times including hardware bans which they managed to circumvent.

The lawsuit alleges that to date Leone has made at least 13 separate accounts, breaking Bungie’s terms of service on ban evasion.

Bungie is not only attempting to sue Leone for their alleged cheating – part of the lawsuit also outlines how Leone threatened to “burn down” Bungie’s office building.

The defendant also reportedly said that one of the employees who lives in their neighbourhood is “not safe”.

In May, the lawsuit claims that Leone changed his Twitter profile picture to the employee badge of dmg, a senior community manager at Bungie.

Under this he tweeted “I just realised I’m moving to a place 30 minutes from dmg” replying to this “He’s not safe.”

Dmg has been taking a break from Bungie since the end of June citing mental health issues.

He also recently spoke out against the harassment of its employees, stating that it has disrupted communication between players and staff.

Bungie has also accused Leone of the illegal selling of social media accounts and Destiny 2 emblems.

Emblems are earned through donations and in-game achievements and are supposed to be non-transferable.

The sales are therefore alleged to be in breach of Bungie’s copyright.

The developer is claiming that Leone’s cheating has caused revenue loss due to Destiny 2’s free-to-play model, which earns income through sales of cosmetics.

It claims that when cheaters run rampant, legitimate players lose interest in the game and are less likely to invest in these items.

The lawsuit introduction ends, “As Bungie has demonstrated repeatedly, it will not allow its game, its community, or its employees to be abused, defrauded, or threatened.

“Leone has done all three, and this action is the consequence.”

Did you miss our previous article…
https://hellofaread.com/technology/nintendo-reveals-new-information-on-3ds-and-wiiu-eshop-shutdown/

Im A Celeb camp blows up in vicious argument as Ian Wright is accused...