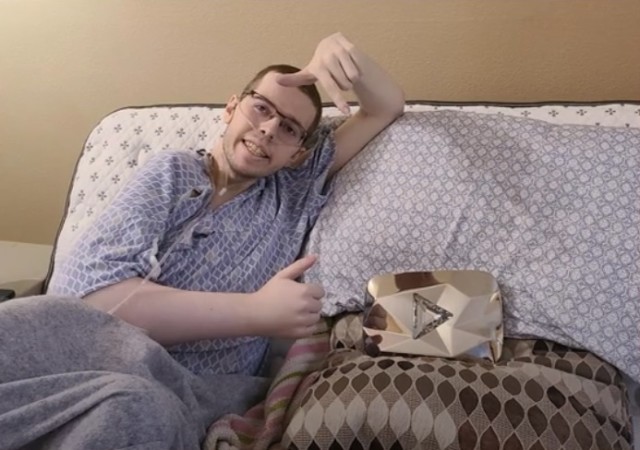 TRIBUTES have poured in for popular gaming YouTuber Technoblade who died tragically at the age of 23.

The young streamer sadly passed away after a near year long battle with cancer.

Fellow YouTubers and streamers have come out in droves to pay homage to Techno.

“Hug the ones closest to you,” he said.

Which cancer charity did Technoblade raise money for? Others in the gaming community have also shared their shock.

“Technoblade will always be remembered as one of our best, right from the start.”

Wilbur Soot said: “So long, blood god No-one could do it like you.

“I miss you everyday.”

“Always thinking of others and making people laugh,” he said.

“I just wish we had more time, but I will always cherish the memories we made.”

Meanwhile, Karl Jacobs described him as a “positive light”. “I’m heartbroken but really so thankful he has been able to impact so many lives with his genuine wit, charm, and positivity,” he said.

Techno revealed his cancer diagnosis last August, after experiencing pain in his arm the month before.

After a few days, he realised his shoulder was swelling and thought he’d broken a bone, so went to the hospital where scans revealed he actually had cancer. A final video was released on Techno’s YouTube page, fronted by his dad.

In it, the gamer speaks for the last time, saying: “If you’re watching this. I am dead.” Did you miss our previous article…
https://www.hellofaread.com/technology/the-sims-4-what-is-the-new-expansion-pack/

Epic castle transformed into perfect party palace that sleeps 26 could be yours for...

Inside I’m A Celeb’s Frankie Bridge and husband Wayne’s love story – from daytime...

Coronation Street’s Peter Barlow will turn on dad Ken as he dies of liver...