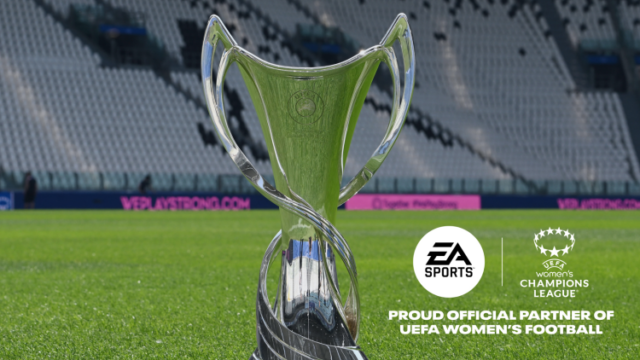 FIFA and EA Sports’ very public divorce has been the talk of football gaming fans, as FIFA games will be rebranded to EA Sports FC from next year.

The pair had been partners for 30 years, creating gaming’s most popular football franchise, but from next year the goal is wide open.

EA Sports is rebranding with new partnerships for next year.

No one knows what to expect from the new series, even though the gameplay producer said it’ll be pretty much more of the same, leaving the door wide open for a new game to step in.

Games from new studios like Goals and UFL are hoping to take the spotlight when they finally release.

However, one more name is hoping to throw its hat into the ring; Konami’s PES rebrand, eFootball.

GLHF spoke with David Monk, senior partnerships and activations manager at eFootball about where he thinks eFootball stands.

He explained: “I think, if you kind of objectively look at the football simulation category landscape, now you have a perfect storm for new entrants.

“You have increased consumer capabilities in mobile gaming, and obviously, with console gaming, it’s more accessible.

“With the new generation of consoles coming out and these new technology bases available to users, as well as Android.”

With mobile technology improving all the time, just like eFootball, the free-to-play model is becoming more popular.

“So, you look at all those ingredients everywhere – it’s the perfect storm for new publishers and new developers to enter into the simulation category.”

If now is the perfect time for competitors to enter the football games market, what will make eFootball stand out from the pack.

Monk says: “Not to be kind of cliché here, for us, it’s important just to focus on what we can bring as value to those end users.

“And what we can use in all phases of development and technology, to make sure that all of those new capabilities, the technology base, and the business model can benefit end users.

“For us, it’s really just concentrating on what we’re focusing on and not being distracted or thinking about what other companies are doing, at this stage.”

Written by Paolo Sirio and Georgina Young on behalf of GLHF.

Did you miss our previous article…
https://hellofaread.com/technology/pokmon-scarlet-violet-everything-to-know-about-baxcalibur/

Migrants cheer ‘UK’ and give thumbs up as minister heads to France for showdown...

Pub confusion as gov now says you MIGHT need vaccine passport to go for...

Are shops, gyms, hairdressers and bookies open in tier 2? What’s open and closed...