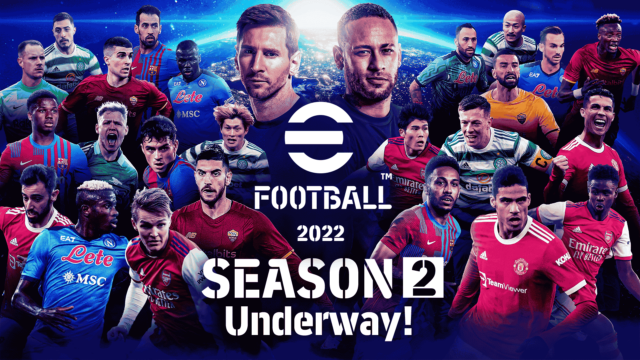 ALTHOUGH the game doesn’t have the best reputation, eFootball 2022 is still getting regular updates.

The successor of the Pro-Evo Soccer or PES series, eFootball 2022 has not been welcomed by fans.

eFootball is slowly improving the experience with lots of bug fixes.

Critics have given eFootball just 25 out of 100 on Metacritic, and the users have rated it 1.3 out of 10, making it quite a disaster.

However, that hasn’t stopped the team at Konami from working to improve the game, and its most recent update has fixed quite a lot of bugs that have been lingering for a while.

We’ll give you a rundown of the major fixes, and what players think of them.

The most important fix is something that was causing the game to crash for an undisclosed reason.

Although we don’t know exactly what the problem was, this fix is undoubtedly a good thing.

Goalkeepers can no longer be assigned to join in an attack, which is something that could previously be done with some clever controls.

Players no longer occasionally sink into the ground during goal celebrations, something that looked very weird when it happened.

On top of that, load times have been reduced, especially on the Xbox One and PS4 versions, which could be especially bad at times.

Fan reaction to this patch has been mixed. Some on the game’s Subreddit have been claiming their experience has improved, while others deny any noticeable change.

The biggest complaint is the lack of substantial gameplay changes, especially from those who aren’t feeling the effects of any of this patch’s bug fixes.

At this point, almost a year after release, it seems unlikely that opinion on this game will turn around. However, it’s not impossible, it’s been done before by games like No Man’s Sky.

Although the time is quickly approaching where a new annual release would fit, there has been no news about what Konami plan to do with either eFootball or PES going forward.

If you want to read the full patch notes, you can do so on the official eFootball website.

Prince Harry’s explosive memoir still has NO publishing date amid ‘uncertainty’ if it will...

Emmerdale stars in huge offscreen reunion – as soap legend spots the bill and...

Covid rules that force entire school classes to quarantine WILL be axed in WEEKS,...