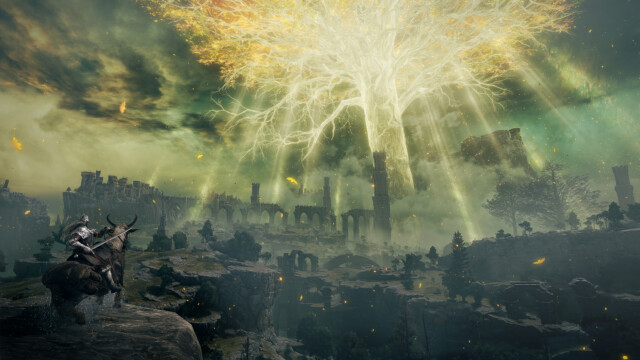 SONY has purchased a 14.09% stake in Elden Ring developer FromSoftware, and some big changes are coming for the company.

While Kadokawa will remain the majority stockholder in the studio, Chinese multimedia company Tencent also purchased a 16.25% stake.

Elden Ring is the best-selling game of 2022.

All three companies entered into the agreement mostly as an investment opportunity, where the money invested hopes to produce higher profits.

Elden Ring is currently the best-selling game of the year, selling over 17million copies worldwide.

Other FromSoftware titles such as Dark Souls, Bloodborne, and Sekiro have also seen huge commercial success.

Sony invested over £104million ($122million) for its stake, while Tencent is down £121million ($140million) after purchasing its portion.

FromSoftware announced via a press release the changes which would be coming to its games following this huge investment.

As translated by GLHF, it reads: “Our company entered the games industry in 1994, and in the 20 years since, we have been planning and developing games based on our own values and ideas.”

FromSoftware wanted to assure fans that the purchase does not mean that its games will become PlayStation exclusive in the future.

It continues: “Moving forward, there will be no change in the uniqueness of our games, communication with the community, or platforms we launch on.”

However, two areas of the company will see changes due to the large investments.

Firstly, FromSoftware claims its games will become “higher-quality” due to the additional technical support Tencent and Sony can offer.

Secondly, it says there will be “communication” with the companies, though it doesn’t mention whether this is in regards to marketing, game development, or other areas of the studio’s strategy.

It says: “Further, with the extra funds we will continue to invest more in our own game development than ever before, and we will expand our systems to deliver higher-quality games to a large number of players in the global market with this added technical support and communication.

“We hope that we will continue to develop games that are interesting and valuable to our players.”

Only time will tell if there are differences made to FromSoftware games moving forward.

Did you miss our previous article…
https://hellofaread.com/technology/fifa-23-leaks-a-month-early-revealing-ultimate-team-stats/