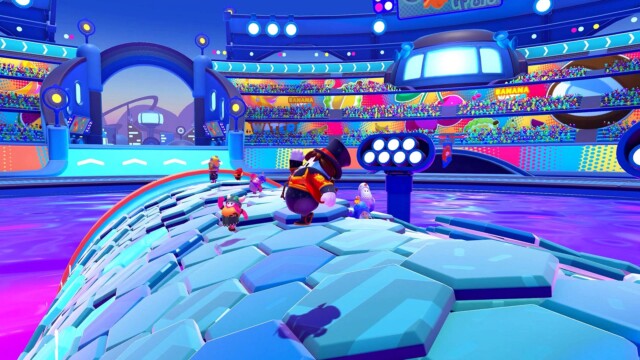 A SMALL bug-fixing patch has come to Fall Guys.

Ever since going free to play last month, Fall Guys has experienced a resurgence in popularity, comparable to when it first launched in 2020.

Hex-a-ring is going away for a little while

With new rounds coming, and a debut on Nintendo Switch and Xbox, there are always going to be new issues that arise once they get a full-scale test.

This means the occasional balancing patch is needed to make life easier on players, and keep things fair for everyone.

Several rounds have received minor changes in this update, but Volleyfall is the biggest beneficiary of the changes.

We’ll give you the full patch notes, and let you know how it’ll affect your experience in Fall Guys.

This patch has been released on all platforms, including PS5, PS4, Xbox Series X/S, Xbox One, Nintendo Switch, and PC via Steam/Epic Games Store.

Volleyfall was experiencing an annoying exploit that let players keep the ball to themselves for the entire game, stopping the opponent from winning.

To fix this, adjustments have been made to how the ball bounces and how the player-characters interact with it to make it much harder to keep it on one side.

Elsewhere, Rock and Roll is a team game where players should only be able to interfere with other teams at the end.

However, skill full platforming was allowing players onto the other tracks much earlier, ruining the game. Invisible walls have been extended to make this impossible.

In addition to these changes, a few hours later the Hex-a-ring game was temporarily disabled, and it will no longer appear in any shows.

This is due to a couple of visual bugs, where it looked like players were not erasing tiles, or were completely invisible. This issue is currently being worked on, and the round will be unavailable in the meantime.

You can read the patch notes, and track updates on existing issues on the Fall Guys Twitter page.

Did you miss our previous article…
https://hellofaread.com/technology/russia-could-spend-billions-to-protect-its-games/

I’ll reveal if I get Covid fine says Boris Johnson but PM refuses to...