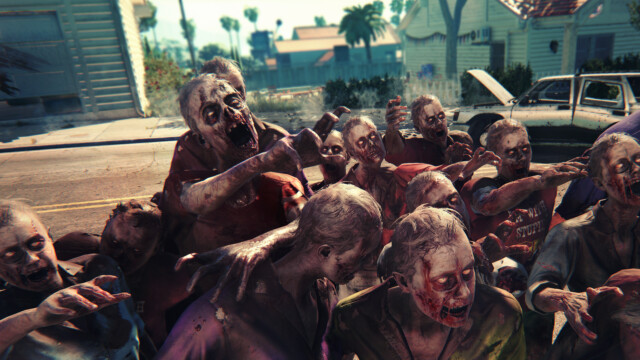 DEAD ISLAND 2 finally has a release date, nine years after it was officially announced, and 11 years after development began.

The original Dead Island game was released in 2011 for PlayStation 3 and Xbox 360, after five years in development.

The face when you’ve been waiting for Dead Island 2 for nine years.

Its sequel was revealed in 2014, though development on the game had apparently already begun in 2012.

Retailer Amazon has updated the release date from December 31, 2021 which was a placeholder date, to February 3, 2023.

Placeholder dates are common for companies who offer games for pre-order before an official release date has been announced.

However, like the previous date, they are often set for the end of a month, so the specificity of the new date makes it seem genuine.

The new date has since been removed, which leads people to believe that the online store is waiting for an official announcement.

Publisher Deep Silver has changed the development team three times over the years, which has increased the time it has taken to create the game.

Techland, developer of Dying Light, turned down Dead Island 2 in order to focus on its open world series.

Yager Development then began the project in 2012, but was removed after three years.

Sumo Digital was then given the project a year after Yager ceased work, but it would not complete the game.

In 2019, Dambuster Studios was given the project, and it is unclear how much of Yager or Sumo’s work was kept.

Fans were skeptical as to whether Dead Island 2 would see the light of day, but it appears that the troubled title is almost complete.

The game is described as “paradise meets hell”, and is an zombie action game set in various locations across California

Hopefully, we will see more official information about the upcoming release shortly.

Did you miss our previous article…
https://hellofaread.com/technology/efootball-gets-it-in-the-back-of-the-net-thanks-to-footy-license-grabs-but-its-bad-news-for-spurs-fans/

Patsy Palmer’s return to EastEnders as Bianca ruined by Covid travel ban – but...

Circuit-breaker lockdown restrictions STILL on the cards after Christmas as ministers ‘look closely at...

How old are Kate Middleton and Prince William, what’s the age gap between them...