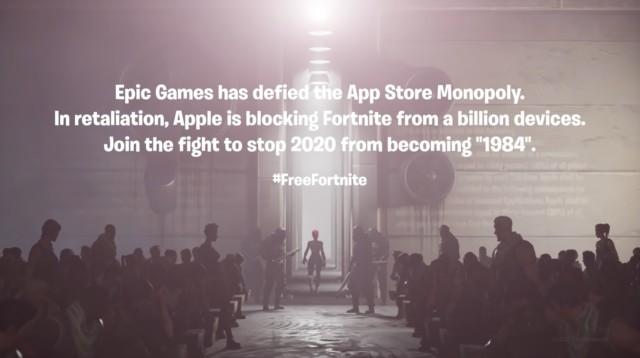 FORTNITE has been blocked on iOS for a while but it’s found a way to make a comeback.

Nvidia has announced that Fortnite is launching on GeForce NOW in a limited-time closed beta on the Android app, and Safari web browser on iOS.

Basically, you can stream the game on mobile through the cloud using Apple’s Safari web browser to access the GeForce Now service.

Android users have as less convoluted process, and can just use the GeForce NOW Android app.

How to play Fortnite on iOS

Registrations for the beta are open now, and you don’t need a paid GeForce NOW membership to take part.

You will need to create an Nvidia account if you don’t have one already, which you can do here.

You’ll be asked to choose the device you want to play on, but you can pick more than one, so feel free to choose Android and iOS if you’re on the fence.

The last hurdle is signing up for a GeForce NOW membership — either Free or Priority.

Paid members won’t get priority over players on the free tier — Nvidia says that both types of membership offer an equal chance at getting into the closed beta.

Why isn’t Fortnite on iOS?

Apple pulled Fortnite from the App Store in 2020 after Epic Games added a direct payment option to avoid the iPhone manufacturer’s 30% cut.

Since then, we’ve witnessed a drawn-out legal battle between the two companies, with Fortnite facing a five-year ban on iOS.

The outlook has been pretty bleak for gamers that had been playing the game solely on an iPad or iPhone.

But Nvidia has essentially figured out a workaround for iOS users and you can start playing next week if you get lucky.

I spent $2.4M on a digital plot in Decentraland and now its worth five times that.

Meghan and Harry latest – Duke ‘mistaken for employee when picking out a Christmas...