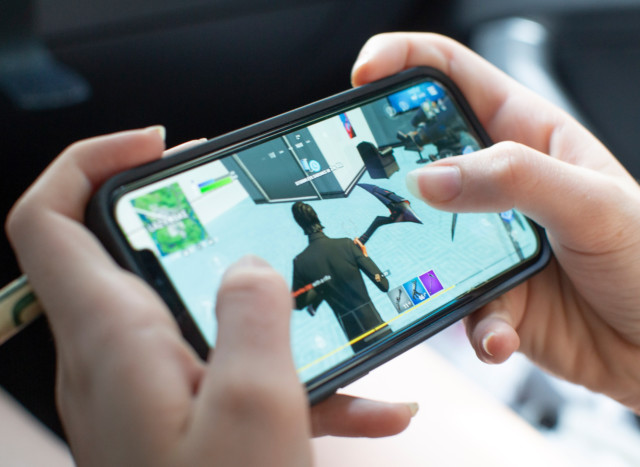 FORTNITE players who sign in using Apple must change their logins by Friday or face being locked out of the app, the game’s US developer Epic Games has announced.

Epic warned in a tweet on Wednesday that the iPhone maker will no longer allow users to access Fortnite using “Sign In with Apple” as soon as September 11 amid a bitter feud between the two firms.

The move could leave gamers unable to play Fortnite or access their game data.

“If you used ‘Sign In with Apple’, please make sure your email and password are up to date,” Epic wrote.

Fortnite is currently banned from the App Store over a legal dispute regarding the large commission Apple charges iPhone apps.

The US firm takes a 30 per cent cut of cash earned by apps through the App Store – Epic was blocked from the store after it tried to dodge this fee. In the latest twist in the long and hostile standoff, it appears Apple will shortly block Fortnite from using its “Sign In with Apple” feature.

The problem with the system is that Apple creates a secure, encrypted password and email address for you.

That means that if the tool goes down – or Apple blocks its use on a specific app – then users have no way to recover their account.

Epic said the ban would come into place “as early as” September 11, meaning Apple won’t necessarily block the feature from Friday.

The firm published a quick guide on how to change your username and password if you’ve previously used Sign in with Apple on its website here.

Once you’ve got your own credentials, you’ll be free to login to Fortnite without using your Apple ID.

Apple has not publicly announced it is blocking Sign in with Apple on Fortnite. The firm declined a request for comment.

The court battle between Epic and Apple rages on.

Epic is asking a Northern California court to make Apple put Fortnite back on the App Store after the California firm blocked the app last month.

The ban means fans worldwide can no longer download the app from the App Store or receive updates for the app.

Epic says that daily activity of Fornite players on iPhone has slumped by 60 per cent since the ban.

Epic is suing Apple over the restrictions, which were issued after Epic violated in-app payment guidelines.

Apple cited a direct payment feature rolled out on the Fortnite app on August 13 as the violation.

Previously, Epic used in-app payment systems that gave Apple a 30 per cent share of any funds generated from player purchases.

Epic sued in US court seeking no money from Apple, but rather an injunction that would end many of the company’s app store practices.

The California firm has come under fire in recent years for operating a “monopoly” in which it stifles competition and takes colossal cuts on sales made through its App Store.

The full court hearing began at the end of August and it isn’t looking like Fortnite will be reappearing on the App Store any time soon.

In other news, a Mum was left devastated after her Fortnite addict son splashed $20,000 on Twitch live-streamers.

What do you make of Epic’s feud with Apple? Let us know in the comments!

Did you miss our previous article…
https://www.hellofaread.com/technology/first-call-of-duty-black-ops-cold-war-multiplayer-trailer-released-by-activision/

Wetherspoons to cut prices by 7.5% for one day only next week