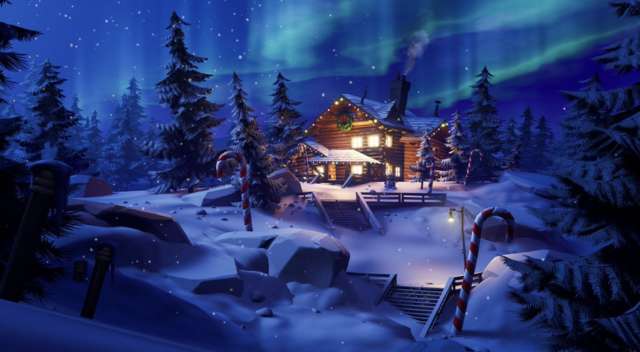 WINTERFEST is Fortnite’s big annual Christmas extravaganza – with loads of goodies to enjoy.

The major event will introduce festive treats to Fortnite, but for a limited time only.

Details are still light on Winterfest for now, but Epic Games has confirmed some key points.

For a start, the game update went live on December 14 – so you can install it now.

But the actual festivities won’t begin right away.

Winterfest is due to actually start on December 16, and run right through to December 30.

There’s a BlizzaBelle skin in red and blue, a Frozen Peely skin, and Cozy Knit Jonesey, according to leakers.

The Fortnite background is also getting a re-skin with a new festive pattern.

You’ll find the game plastered with a red Christmas tree design that could be gift-wrapping.

One of the main leaks from iFireMonkey on Twitter reveals a Winterfest 2021 Cabin.

It’s a Creative Mode hub that lets you quickly access all creative games within Winterfest.

You can also expect other rewards linked to the Winterfest update. Expect a number of new skins in Winterfest 2021

Did you miss our previous article…
https://www.hellofaread.com/technology/i-found-a-hidden-cave-in-warzone-behind-a-waterfall-and-its-filled-with-loot/